By: Winslow Yerxa and
Updated: 03-26-2016
From The Book: Blues Harmonica For Dummies

When you play the blues on your harmonica, you use short sequences of notes called licks and riffs as building blocks for longer musical statements. Both riffs and licks usually emphasize the notes of the chord being played in the background. Blues musicians often emphasize the notes of the home chord (the I chord), even when another chord is being played. Blues tends to stick close to home in this way.

Riffs often help define the signature sound of a tune, and you usually repeat them several times in a verse of a song. Examples include a catchy rhythmic bass line that immediately identifies a tune before you hear the melody or a repeated melodic line played by melody instruments behind a singer.

Licks tend to be shorter than riffs, and you can play them anywhere within a song and combine them with other licks in different sequences at will. Often a solo by a guitarist or harmonica player is just a showy, well-crafted series of licks.

Have a look at five of the most common riffs that most blues musicians know: 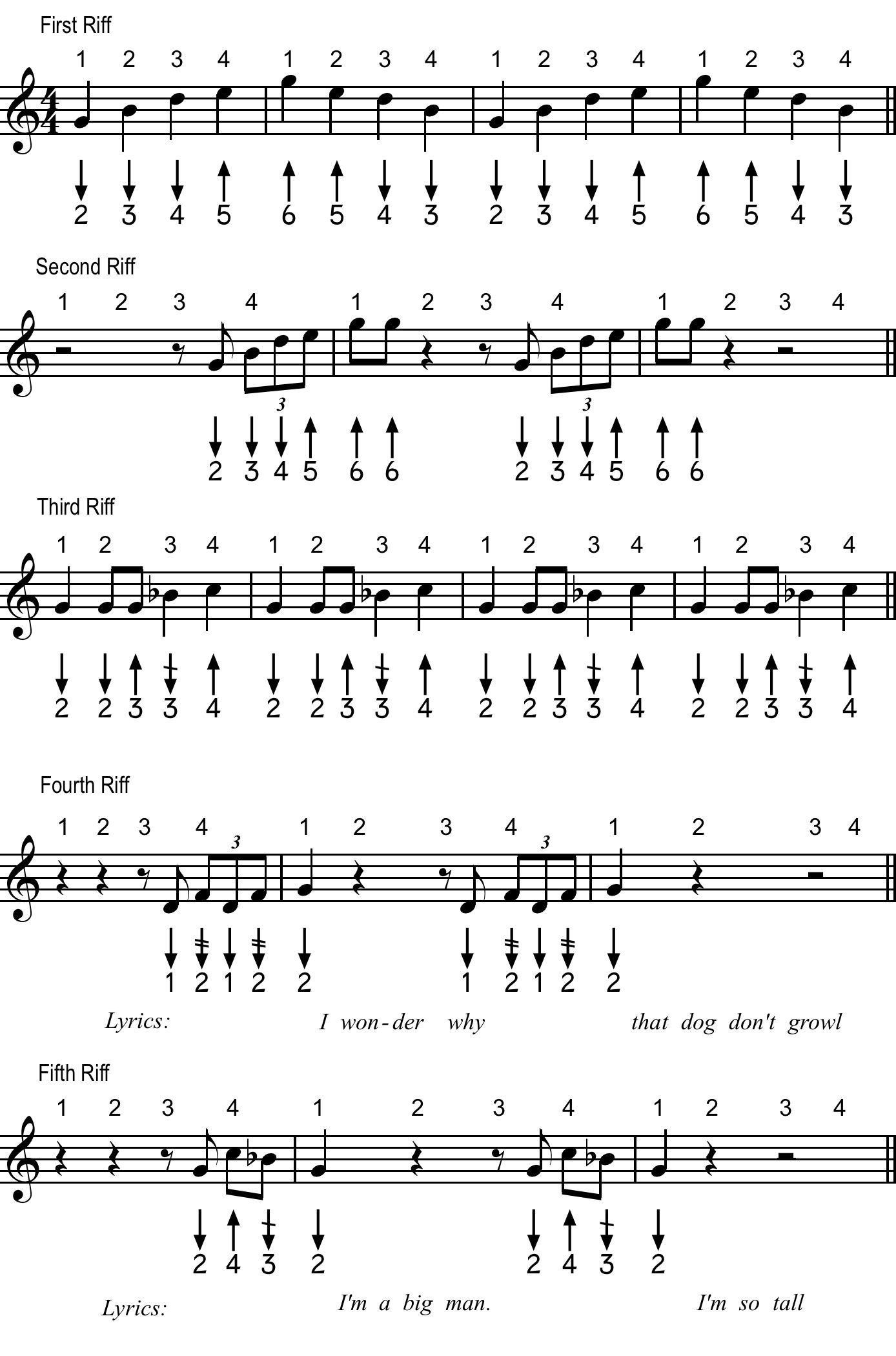