“Jerry the Rigger” (sometimes he’s just “Jer” or even “Ger”) is an Irish tune that requires you to make a clean leap between Blow 6 and Blow 4 (like you do when you play “Twinkle, Twinkle, Little Star”) but is otherwise fairly easy — and catchy to boot.

“Jerry the Rigger” is usually played in A on an A-harp. 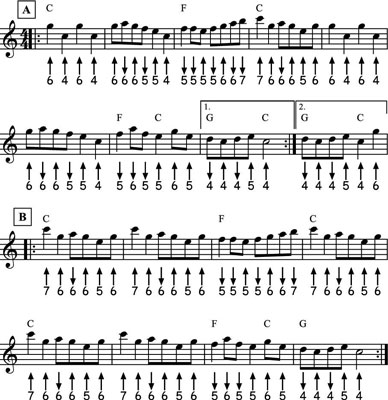 “Soldier’s Joy” is one of the widely played fiddle tunes that beginners learn. It sounds complex, but on harmonica, at least, it’s simple to play because for much of the tune, all you do is breathe in one direction and move from one hole to another.

“Soldier’s Joy” is usually played in the key of D on a D-harp. On a Low D-harp you can make a deep, rich sound that fits nicely with a fiddle. 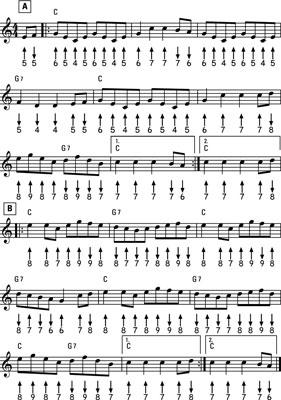 “The Stool of Repentance”

In Scottish and Irish traditions, a jig is danced to a tune whose rhythm divides the beat evenly in three. Jigs can be a lot of fun to play, and “The Stool of Repentance,” despite its dour title, is a fairly jolly jig. When you play the B part, you can play some of the quick jumps cleanly by using corner switching.

“The Stool of Repentance” is usually played in the key of A and works best on an A-harp. For this version you need a C-harp. 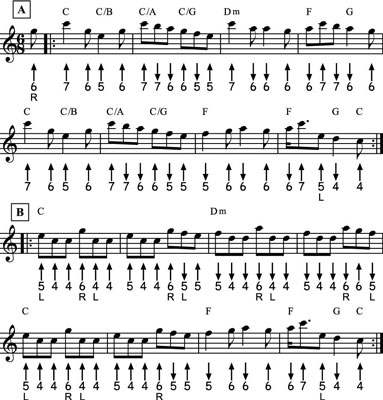