Positions on a harmonica are numbered 1 through 12. Each time you count up five scale steps from the key of the harp, you’ve reached the next position. The blow chord (C on a C-harmonica) is designed to be the harp’s home chord. When players use the blow chord as home base, they call it straight harp, or first position.

The draw chord in Holes 1, 2, 3, and 4 (G on a C-harmonica) also makes a great home base for playing. Players discovered this position early on and called it cross harp, or second position.

Eventually, players agreed that simply adding a number to a position each time you go up five steps was a consistent way to name positions. However, some early books use different systems.

With 12 keys of music, 12 keys of harmonica, and 12 possible positions, you may wonder how you can keep all the relationships from getting tangled up. Harmonica players use a simple diagram borrowed from music theory called the circle of fifths. This circle lets you figure out the relationship among key of harp, key of tune, and position. 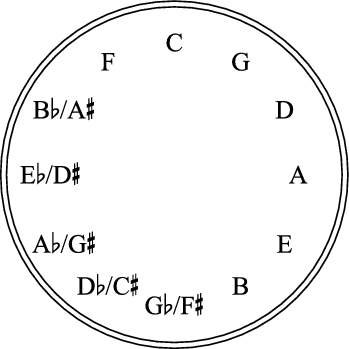 With the circle of fifths, as long as you know two elements, you can figure out the third. Here’s how: