One way to vary your sound on the harmonica is to alter a scale with sharps and flats. To create a major scale in a key other than C, you need to figure out what notes to include. You do this by following these steps:

For instance, to create a G major scale, you need to alter one note in the scale. Check out the major scale pattern moved to G. Instead of F, you need F♯. G major uses one sharp to create a major key pattern, so it’s known as a sharp key. Other sharp keys include D, A, E, B, and F♯. 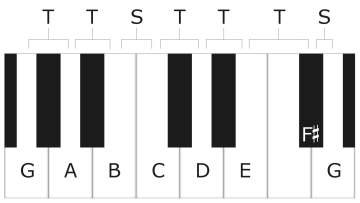 Flat keys use flats to create a major scale. Here is the major scale pattern built on F. Here, B♭is needed to create the pattern. Other flat keys include B♭, E♭, A♭, and D♭. 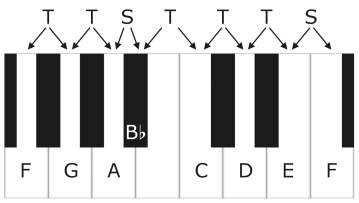