Understanding the Role of the Flute in Classical Music

Unlike all other woodwind instrument you’ll find in classical music, the flute isn’t blown into, but blown across, just like a cola bottle. But the flute is much prettier to look at than the bottle — and sounds better, too. As you set that column of air inside the flute moving, it produces a beautiful, silvery sound. Here’s how the flute creates such beauty — and where to hear it. 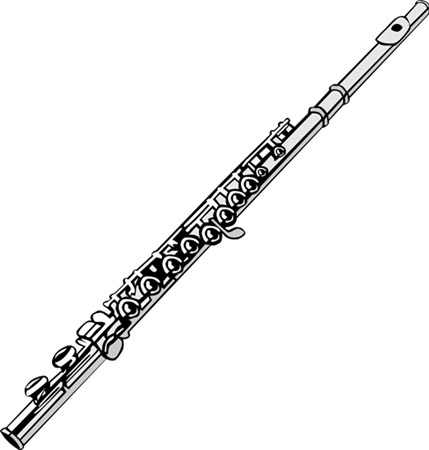 Making music out of thin air

Monty Python fans may recall the TV show spoof in which, in one four-minute episode, the Pythons promised to resolve all wars, cure cancer, and teach you to play the flute. The instructions turn out to be “Well, you blow across one end, and move your fingers up and down the outside, and that’s how you play the flute.”

Keep opening up new holes successively, and the column of air becomes shorter and shorter still. The pitch continues to climb.

Of course, a real flute is more complicated; it has a complex mechanism of keys to cover some holes and open others. As on most woodwind instruments, some notes are produced by various complex combinations of open and closed holes. But you get the idea.

You’ve probably heard the sound of the flute; if by some chance you think that you haven’t, well, by golly, go listen to one now. The sound that a flute makes is gorgeous.

For starters, check out some lovely flute passages. The third movement of Mozart’s Piano Concerto no. 22 (Track 03) has a very short, lively, and delightful solo for flute (1:11). And you can hear a low, haunting passage for three flutes playing together in the last movement of Tchaikovsky’s Symphony no. 6 (Track 07; 0:52).

Quite a few concertos have been written for flute solo. Here are some of the nicest ones:

While you’re at it, take a listen to these beautiful flute sonatas:

Furthermore, you really should hear these flute solos from the orchestral ­collection: