and whose standard deviation is 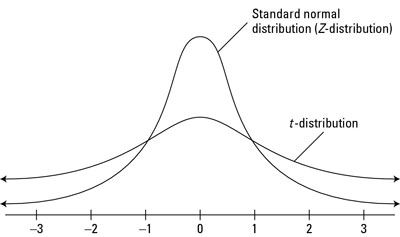 Comparing the standard normal (Z-) distribution to a generic t-distribution.

This figure compares the t- and standard normal (Z-) distributions in their most general forms.