How to Find the Sampling Distribution of a Sample Proportion

For example, if you take a sample of 100 teens and find 60 of them own cellphones, the sample proportion of cellphone-owning teens is

The sampling distribution of

has the following properties:

If you are interested in the number (rather than the proportion) of individuals in your sample with the characteristic of interest, you use the binomial distribution to find probabilities for your results. 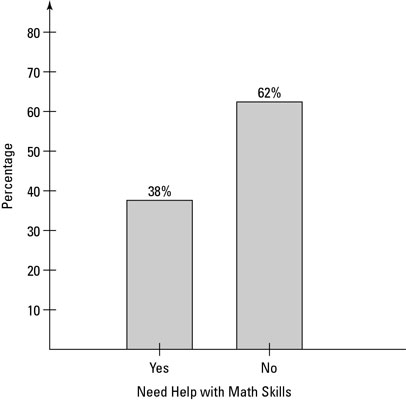 To help illustrate the sampling distribution of the sample proportion, consider a student survey that accompanies the ACT test each year asking whether the student would like some help with math skills. Assume (through past research) that 38% of all the students taking the ACT respond yes. That means p, the population proportion, equals 0.38 in this case. The distribution of responses (yes, no) for this population are shown in the above figure as a bar graph.

Because 38% applies to all students taking the exam, you can use p to denote the population proportion, rather than 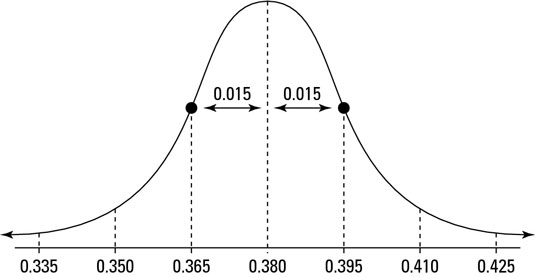 Sampling distribution of proportion of students responding yes to ACT math-help question for samples of size 1,000.

Now take all possible samples of n = 1,000 students from this population and find the proportion in each sample who said they need math help. The distribution of these sample proportions is shown in the above figure. It has an approximate normal distribution with mean p = 0.38 and standard error equal to:

The approximate normal distribution works because the two conditions for the CLT are met:

And because n is so large (1,000), the approximation is excellent.