How to Change the Period of a Sine or Cosine Graph

For example, f(x) = sin 2x makes the graph repeat itself twice in the same amount of time; in other words, the graph moves twice as fast. Think of it like fast-forwarding a DVD. This figure shows function graphs with various period changes.

and solve for the period. In this case,

Each period of the graph finishes at twice the speed.

You can make the graph of a trig function move faster or slower with different constants:

whereas the period of q(x) is

The graph of p(x) moves to the right of the y-axis, and the graph of q(x) moves to the left. The figure illustrates this point clearly. Keep in mind that these graphs represent only one period of the function. The graph actually repeats itself in both directions infinitely many times. 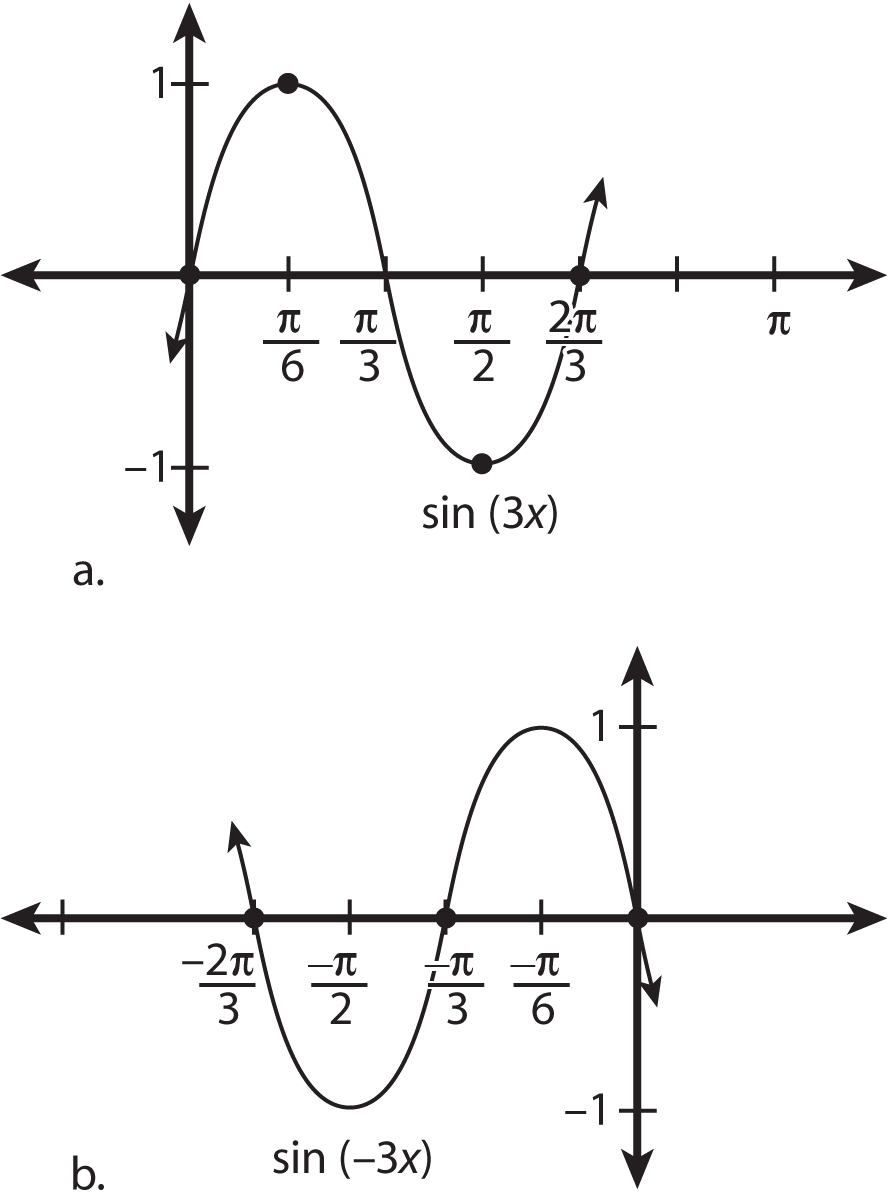 Graphs with negative periods move to the opposite side of the y-axis.