The following two theorems — If sides, then angles and If angles, then sides — are based on a simple idea about isosceles triangles that happens to work in both directions: 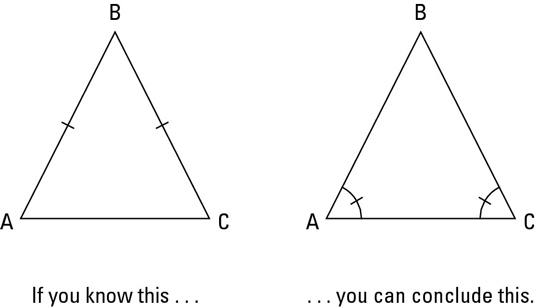 Here’s a proof. Try to work through a game plan and/or a formal proof on your own before reading the ones presented here.

Check out the formal proof:

Reason for statement 2: If two sides of a triangle are congruent, then the angles opposite those sides are congruent.