How to Use CASTC after Proving Triangles Similar 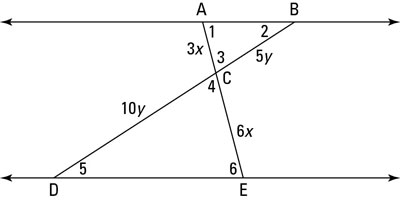 The following proof shows you how CASTC works:

Here’s how your game plan might go: When you see the two triangles in this proof diagram and you’re asked to prove that the lines are parallel, you should be thinking about proving the triangles similar. Then, using CASTC, you’ve got congruent angles that you can use with the parallel-line theorems to finish.

(Note that the similarity is written so that corresponding vertices pair up.)