How to Solve Problems with the Altitude-0n-Hypotenuse Theorem 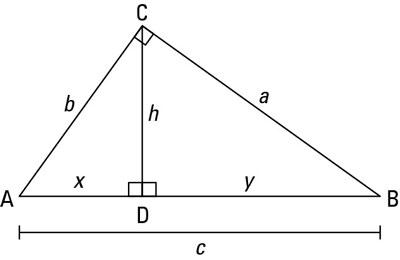 Altitude-on-Hypotenuse Theorem: If an altitude is drawn to the hypotenuse of a right triangle as shown in the above figure, then

Note that the two equations in the third part of the theorem are really just one idea, not two. It works exactly the same way on both sides of the big triangle:

Here’s a problem: use the figure below to answer the following questions. 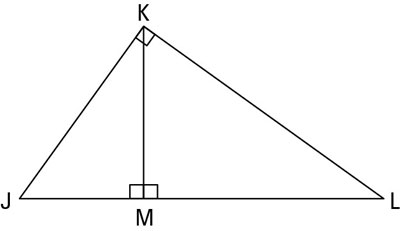 The next problem illustrates this tip: Use the following figure to find h, the altitude of triangle ABC. 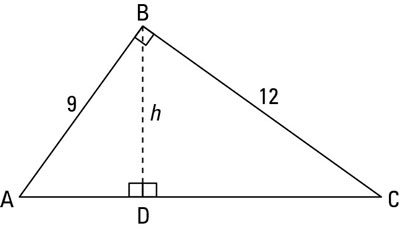 On your mark, get set, go. First get AC with the Pythagorean Theorem or by noticing that you have a triangle in the 3 : 4 : 5 family — namely a 9-12-15 triangle. So AC = 15. Then, though you could finish with the Altitude-on-Hypotenuse Theorem, but that approach is a bit complicated and would take some work. Instead, just use an ordinary similar-triangle proportion: