An angle that intersects a circle can have its vertex inside, on, or outside the circle. This article covers angles that have their vertex inside a circle—so-called chord-chord angles. The measure of a chord-chord angle is one-half the sum of the measures of the arcs intercepted by the angle and its vertical angle. 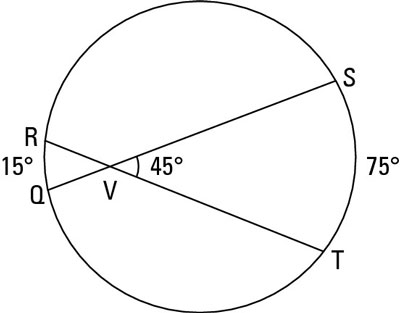 For example, check out the above figure, which shows you chord-chord angle SVT. You find the measure of the angle like this:

Look at the following figure: 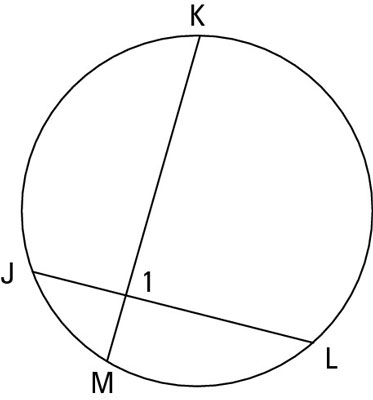 Here’s a problem to show how the formula plays out:

Now use the formula: