Getting to Know Angles

Angles are one of the basic building blocks of triangles and other polygons. There are five types of angles: acute, right, obtuse, straight, and reflex. You see angles on virtually every page of any geometry book, so you gotta get up to speed about them — no ifs, ands, or buts. Of these five types of angles, the first three in the bulleted list are the main ones; the last two are a bit peculiar: 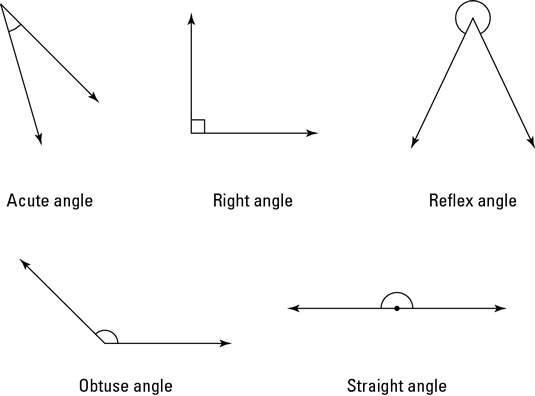