The terms angle bisection and angle trisection describe two ways in which you can divide up an angle equally into two (or three) smaller, congruent angles. Their definitions are often used in proofs. 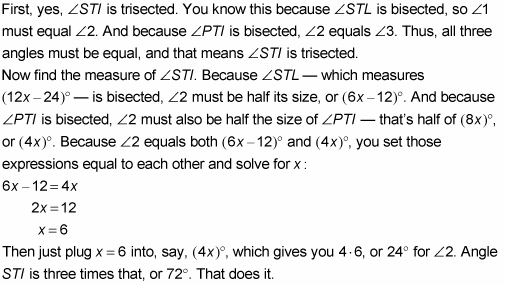 When rays trisect an angle of a triangle, the opposite side of the triangle is never trisected by these rays.