The Difference Quotient: The Bridge between Algebra (Slope) and Calculus (the Derivative)

In the following example, you want to find the slope at a point on the parabola. 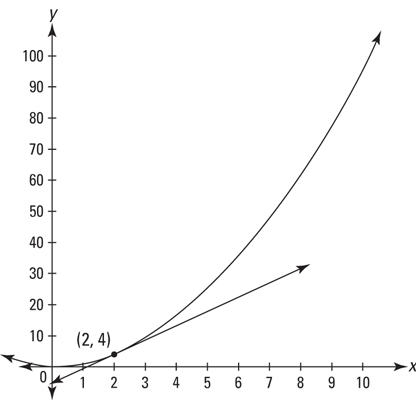 To compute the slope, you need two points to plug into this formula. For a line, this is easy. You just pick any two points on the line and plug them in.

Here’s how the inventors of calculus got around this roadblock. 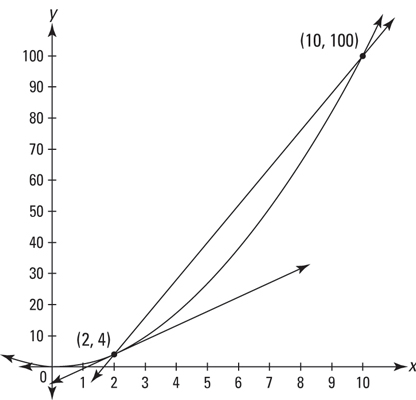 A secant line is a line that intersects a curve at two points. This is a bit oversimplified, but it’ll do.

The slope of this secant line is given by the slope formula:

You can see that this secant line is quite a bit steeper than the tangent line, and thus the slope of the secant, 12, is higher than the slope you’re looking for. 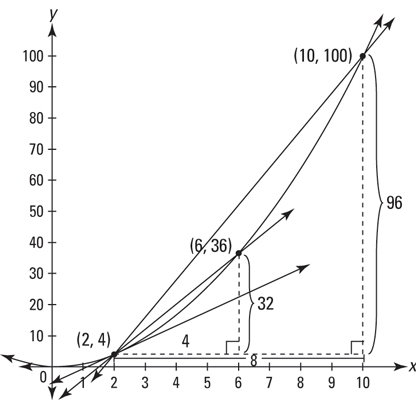 Calculate the slope of this second secant:

So here’s the limit you need: 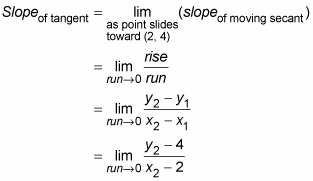 Watch what happens to this limit when you plug in three more points on the parabola that are closer and closer to (2, 4):

As with all limit problems, the variable in this problem, the run, approaches but never actually gets to zero. If it got to zero — which would happen if you slid the point you grabbed along the parabola until it was actually on top of (2, 4) — you’d have a slope of 0/0, which is undefined. But, of course, that’s precisely the slope you want — the slope of the line when the point does land on top of (2, 4). Herein lies the beauty of the limit process.

And the slope of the tangent line is — you guessed it — the derivative.

The derivative of a function, f(x), at some number x = c, written as f’(c), is the slope of the tangent line to f drawn at c.

Okay, here’s the most common way of writing the difference quotient (you may run across other, equivalent ways).

Take a look at the following figure, which shows how a limit produces the slope of the tangent line at (2, 4). 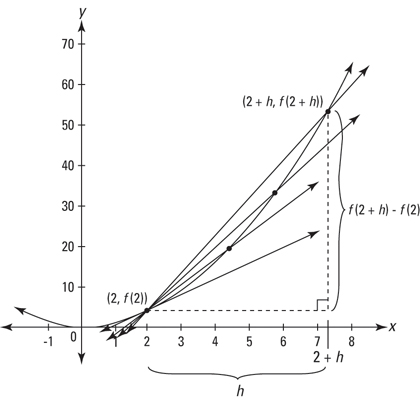 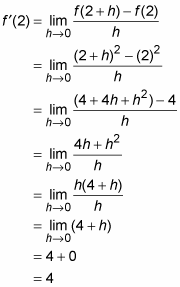 So the slope is 4. (By the way, it’s a meaningless coincidence that the slope at (2, 4) happens to be the same as the y-coordinate of the point.)