One of the ways in which definite integrals can be improper is when one or both of the limits of integration are infinite. You solve this type of improper integral by turning it into a limit problem where c approaches infinity or negative infinity. Here are two examples: 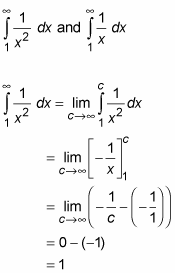 Because this improper integral has a finite answer, you say that it converges. 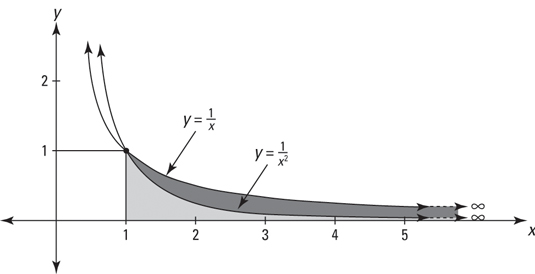 The figure above shows these two functions.

Their shapes are quite similar, but their areas couldn’t be more different.

Let’s move on to something slightly more complicated. When both of the limits of integration are infinite, you split the integral in two and turn each part into a limit. Splitting up the integral at x = 0 is convenient because zero’s an easy number to deal with, but you can split it up anywhere you like. Zero might also seem like a good choice because it looks like it’s in the middle between negative infinity and infinity. But that’s an illusion because there is no middle between negative infinity and infinity, or you could say that any point on the x-axis is the middle.

If either “half” integral diverges, the whole diverges. You can’t, for example, get infinity for one integral and negative infinity for the other, and then add them up to get zero.