How to Find the Area of a Surface of Revolution 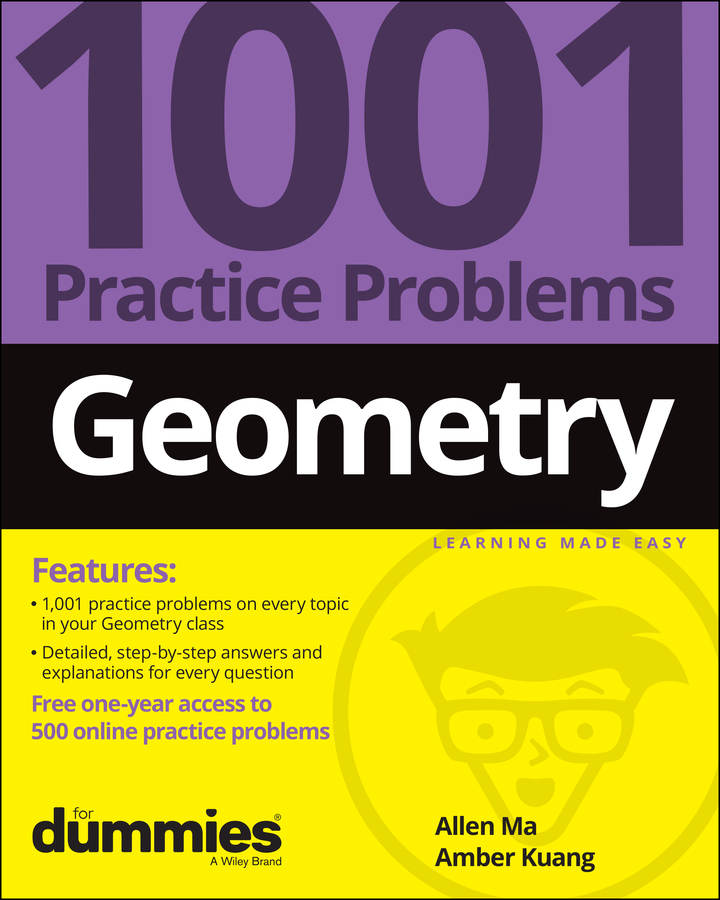 A surface of revolution is a three-dimensional surface with circular cross sections, like a vase or a bell or a wine bottle. For these problems, you divide the surface into narrow circular bands, figure the surface area of a representative band, and then just add up the areas of all the bands to get the total surface area. The following figure shows such a shape with a representative band. 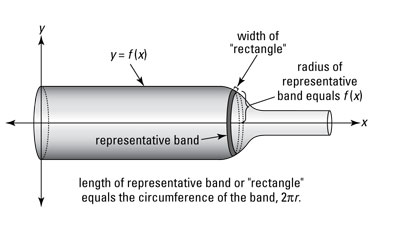 What’s the surface area of a representative band? Well, if you cut the band and unroll it, you get sort of a long, narrow rectangle whose area, of course, is length times width.

Surface of Revolution: A surface generated by revolving a function, y = f (x), about an axis has a surface area — between a and b — given by the following integral:

By the way, in the above explanation, you might be wondering why the width of the rectangular band is

It’s because the little band width is slanted instead of horizontal (in which case it would be just dx). The fact that it’s slanted makes it work like the hypotenuse of a little right triangle. The fancy-looking expression for the width of the band comes from working out the length of this hypotenuse with the Pythagorean Theorem. That should make you feel a lot better!

Now try a problem: What’s the surface area — between x = 1 and x = 2 — of the surface generated by revolving 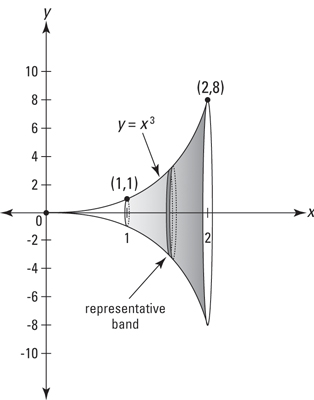 A surface of revolution — this one’s shaped sort of like the end of a trumpet.