10 Things to Remember about Integration and Calculus 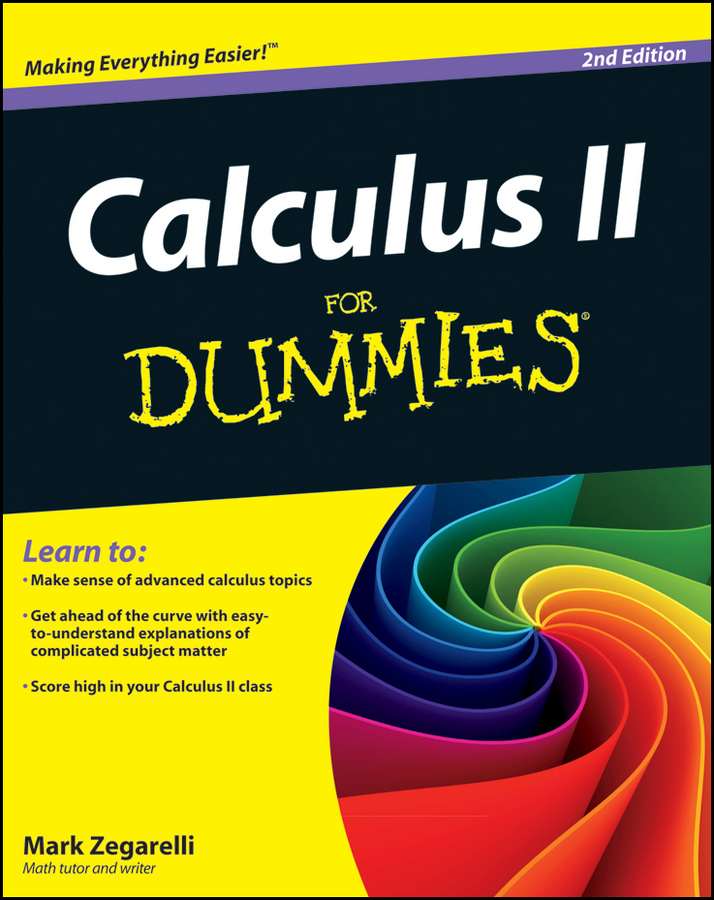 Integration is a fundamental part of calculus. If you want to become a fully integrated person (as opposed to a derivative one), integrate these integration rules and make them an integral part of your being.

The trapezoid rule will give you a fairly good approximation of the area under a curve in the event that you’re unable to — or you choose not to — obtain the exact area with integration.

An even better area approximation is given by the midpoint rule — it uses rectangles.

The best area estimate is given by Simpson’s Rule — it uses trapezoid-like shapes that have parabolic tops.

This gives you an extraordinarily good approximation.

In essence, what all definite integrals,

do is add up an infinite number of infinitesimally small pieces of something to get the total amount of the thing between a and b. The expression after the integral symbol,

(the integrand), is always a mathematical expression of a representative piece of the stuff you’re adding up.

is the family of all antiderivatives of

That’s why your answer has to end with “+ C.” For example,

is the family of all parabolas of the form

and so on. The derivative of all of these functions is 2x.

If you’re adding up rectangles with a definite integral to get the total area between two curves, you need an expression for the height of a representative rectangle. This should be a no-brainer: it’s just the rectangle’s top y coordinate minus its bottom y coordinate.

Area below the x-axis is negative

If you want, say, the area below the x-axis and above

the top of a representative rectangle is on the x-axis, the function

and its bottom is on

Thus, the height of the rectangle is

and you use the following definite integral to get the area:

which equals, of course,

as the second function and the x intercepts as the crossing points.)

The fundamental theorem of calculus, take 1

Given an area function

that sweeps out area under

The fundamental theorem of calculus, take 2

Let F be any antiderivative of the function f; then