The "war to end all wars." Learn about the lead-up, the key moments, the famous generals, and the unprecedented fallout. 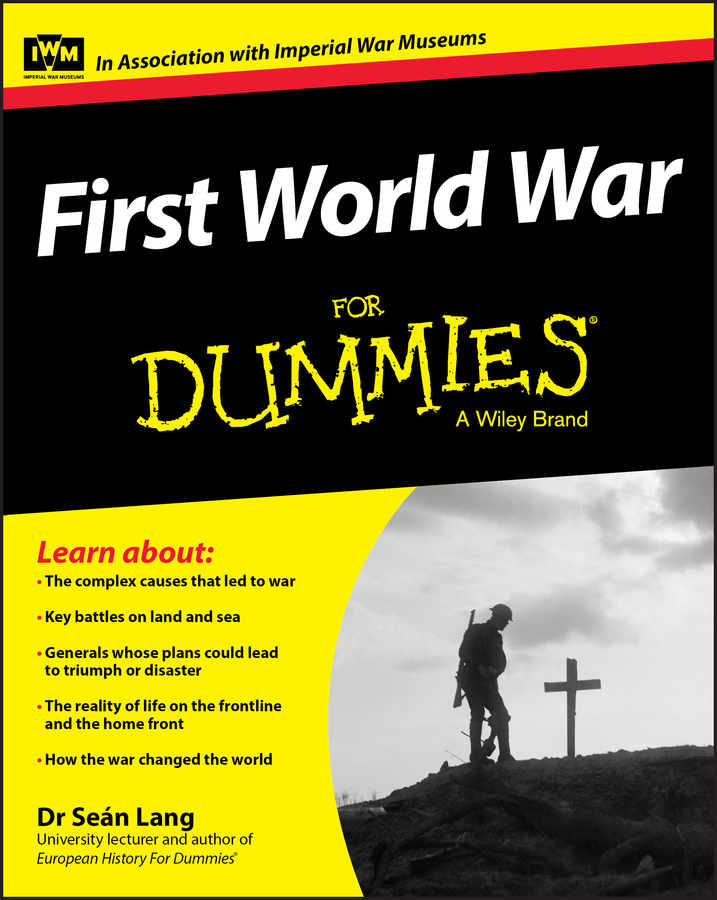 From the Somme to Gallipoli to the home front, First World War For Dummies provides an authoritative, accessible, and engaging introduction to the War to End All Wars. It takes a global perspective of this global conflict, proving insight into the actions and motivations of the participants and how each nation’s story fits into the wider one. Coverage also includes: The origins of the war and a snapshot of what the world looked like at the beginning of the 20th century The battles of Western Europe, and action in the Southern and Eastern Fronts The war at home  — the civilian war, propaganda, opposition, politics, protests, and more  1918: The German spring offensive, the Allied success and the beginning of the end The Treaty of Versailles, the League of Nations, and the effect on the future First World War For Dummies is the go-to source for readers seeking to learn more about the fundamental event of the 20th century.