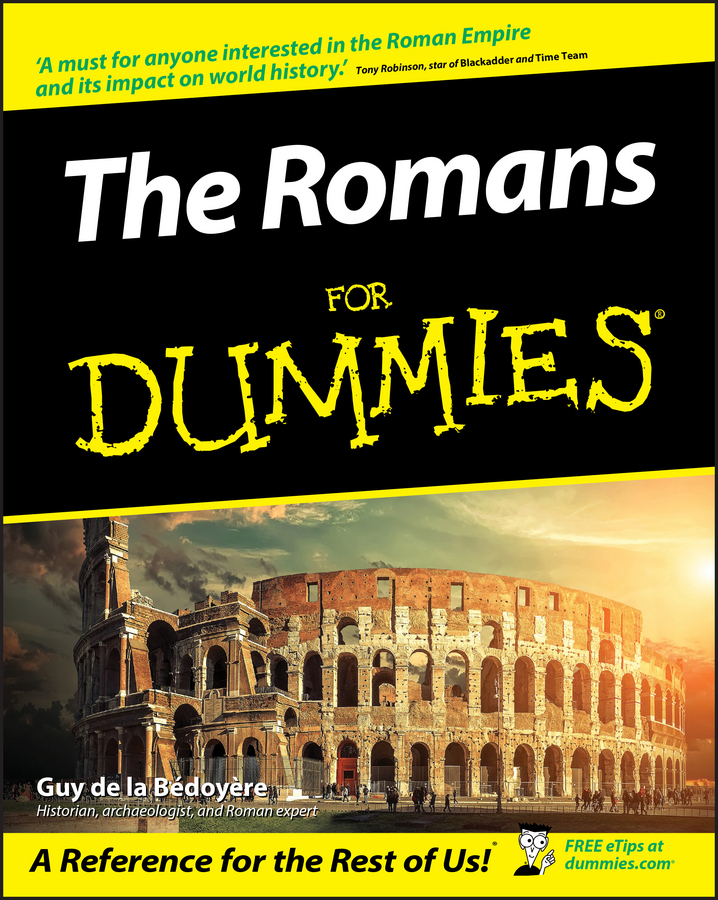 The Romans For Dummies

"A must for anyone interested in the Roman Empire and its impact on world history." —Tony Robinson, star of Blackadder and Time Team.  This entertaining and informative guide is the perfect introduction to the amazing world of ancient Rome and its emperors, epic wars, awesome architecture, heroes, and villains. With a complete rundown of Roman history alongside fascinating insights into the lives of everyday Romans, you’ll discover the amazing people and events involved in the rise and fall of one of the greatest of all ancient civilizations and how its influence is felt around the world today. If you’ve tuned into any of several TV shows focused on Rome and want to learn more about this fascinating part of history, The Romans For Dummies is the book for you. Schoolteachers and lecturers looking for light-hearted inspiration for lessons will also benefit from this riotous Roman adventure chronicling the rise and fall of the Empire.  The Romans For Dummies is an accessible guide written in plain English giving you the fascinating facts of this ancient civilization. You’ll learn about the following (and more):  How Roman society was divided into classes  The assemblies that ruled Rome  Why villas were important to the Romans  Details about the Roman army, including a Roman soldier’s equipment  The wonder of Roman architecture, cities, roads, aqueducts, and sewers  Everything you ever wanted to know about gladiators and then some  The importance of Roman temples, shrines, and the gods  How Rome became a republic, an empire, and then collapsed  Additionally, you’ll learn about turning points in Roman history, (mostly) good and (some) bad Romans, Rome’s greatest enemies, and great places to visit you won’t want to miss on your next Roman holiday. Grab a copy of The Romans For Dummies to discover this and so much more.  Guy de la Bédoyère is a historian, archaeologist, and Roman expert, he is well known for his numerous books and appearances on TV, especially Channel 4’s Time Team.