We have all the pieces of the kakuro puzzle, right here. Fill in all the squares without bending your brain (too much). 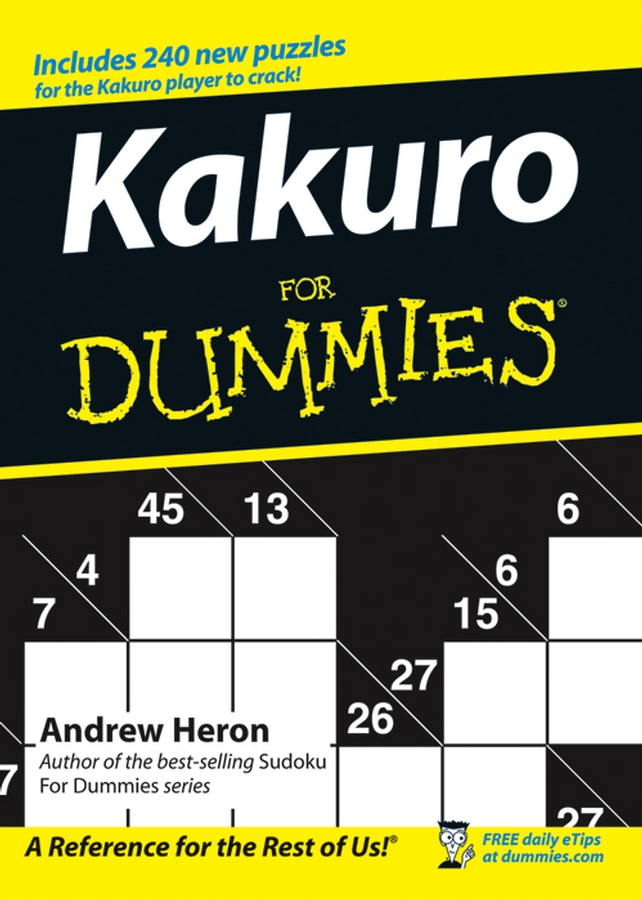 Looking for a new challenge now that you’ve mastered sudoku? Kakuro might be just what you need, and Kakuro For Dummies is a great place to start! A kakuro puzzle is a grid consisting of interlocking horizontal rows and vertical columns of squares, called blocks. You fill in the empty squares with numbers that match the clues and work both horizontally and vertically. Sound simple? Guess again! Kakuro uses the logic of sudoku plus some basic math skills. But relax—Kakuro For Dummies explains the clues, combinations, fixed values, and candidates—all the pieces of the puzzle. Like its sudoku counterpart, Kakuro For Dummies includes 240 puzzles from breezy easy to diabolically difficult. It demystifies the process, walking you through completing your first puzzle with illustrations and explanations that show the logic involved. You’ll get your feet wet with more than 100 easy puzzles, sharpen your skills on120 in the medium –to-difficult range, and if you’re brave enough, go head-to-head with nine devilish ones that’ll keep you awake nights. In no time, you’ll find yourself as addicted to kakuro as you are—or were—to sudoku, and having twice as much fun! You do the math.