If Nostradamus had predicted just how much Europeans would change the world, here are the key events and notable figures he would have described. 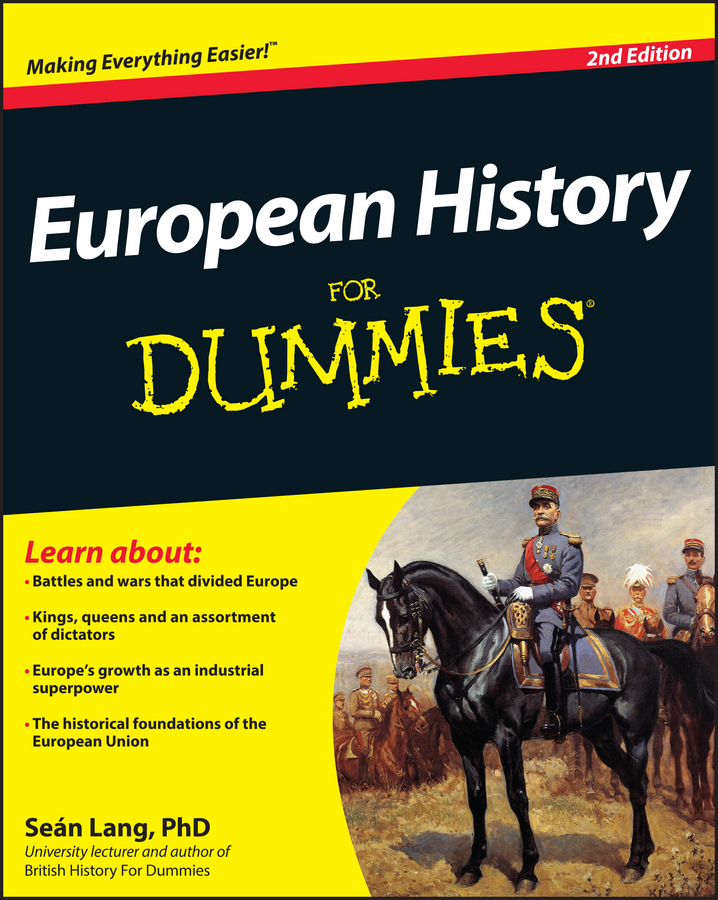 Read about the world's smallest continent's incredible history: From Greek gods and mad Roman emperors to kings, queens, Visigoths, and Normans You meet Visigoths in Africa and Normans in Sicily; an Italian who talked to his books and another who conquered a kingdom and gave it away; Roman emperors who weren't Roman; and Holy Roman Emperors who weren't holy (or Roman). This is the story of Europe's rich history rolled into one thrilling account in plain English. European History For Dummies takes you on a fascinating journey through the disasters, triumphs, people, power, and politics that have shaped the Europe we know today - and you'll meet some incredible characters along the way! From Roman relics to the Renaissance, World Wars, and Eurovision, this accessible guide packs in the facts alongside fun tidbits and brings the past alive. You meet the two Catholic kings of Spain (one was a woman) and the Spanish king who never smiled. You discover a German monk who split Europe in two because he was so afraid of going to hell. And what about the great European war that started when two nobles were thrown out of a window onto a dungheap? Well, at least they had a soft landing. If you don't remember much of what you learned about European history at school, if you didn't like those dry school textbooks, if you think European history sounds a bit hard, but you're interested anyway, this is the book for you. Inside you'll discover: The varied history of the world's smallest continent, its origins, and its huge impact on the world How the Romans shaped the ancient world, what they learned from the Greeks, and what they lost to the barbarian tribes The many battles of the Middle Ages and the leaders who waged them The medieval people's great achievements in building and learning Europeans' world explorers, including Columbus and Vasco da Gama Unfortunate religious wars and the persecution of witches Europe's world domination in the 18th and 19th centuries The world wars of the 20th century European life today Get your own copy of European History For Dummies to learn all of that and more -- including the ten Europeans who dominated the continent, ten unforgettable dates, and ten European locales you'll absolutely want to visit.

Explains his influence on the military, law, politics, and religion Get the real story of Napoleon Bonaparte Not sure what's true about Napoleon? This easy-to-follow guide gets past the stereotypes and introduces you to this extraordinary man's beginnings, accomplishments, and famous romances. It traces Napoleon's rise from Corsican military cadet to Emperor of the French, chronicles his military campaigns, explains the mistakes that led to his removal from power, and explores his lasting impact on Europe and the world. Discover * How Napoleon built -- and lost -- an empire * The forces that influenced him * Why he created the Napoleonic Code * The inside story on Josephine * How he helped shape modern-day Europe