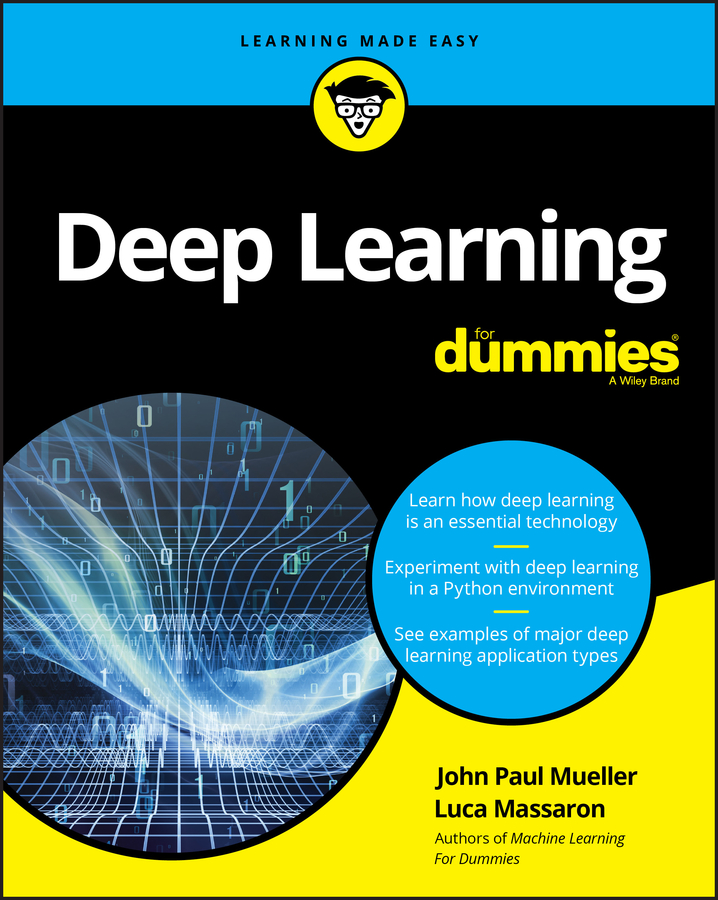 Deep learning provides the means for discerning patterns in the data that drive online business and social media outlets. Deep Learning for Dummies gives you the information you need to take the mystery out of the topic—and all of the underlying technologies associated with it.

In no time, you’ll make sense of those increasingly confusing algorithms, and find a simple and safe environment to experiment with deep learning. The book develops a sense of precisely what deep learning can do at a high level and then provides examples of the major deep learning application types.

This book is perfect for those who want to better understand the basis of the underlying technologies that we use each and every day.

Articles From Deep Learning For Dummies

Deep learning affects every area of your life — everything from smartphone use to diagnostics received from your doctor. Python is an incredible programming language that you can use to perform deep learning tasks with a minimum of effort. By combining the huge number of available libraries with Python-friendly frameworks, you can avoid writing the low-level code normally needed to create deep learning applications. All you need to focus on is getting the job done. This cheat sheet presents the most commonly needed reminders for making your programming experience fast and easy.