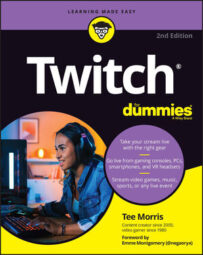 Explore Book Buy On Amazon
You can’t stream without a Twitch account, however, even if you got the Twitch account, you aren’t streaming yet. You’re going to need a stream machine to make the magic happen from, so exactly what is the plan? What platform are you planning to stream from?

This, depending on what kind of investment and what kind of streamer you want to be, will be your first major chunk of change you are about to drop. No, it’s not as monumental as buying a house or a car, but it is a decision that will put you on a path. Before running out and buying up the first console that’s on sale at your local GameStop, you will want to consider the following criteria concerning your streaming setup:

There may be a temptation for you to go all in, maximize your potential audience interaction, and invest in multiple platforms. Some streamers like the bearded wonder from Wales, The Bonj \or the always effervescent Tiddlywinks, to start their week on the PlayStation, then play on the PC midway though, and enter the weekend playing on an Xbox. Keep in mind, both Bonj and Tiddly are streamers who have the time and the talent to go from one platform to another without little to no effort. If you are not that confident in your skills on a certain platform, don’t make an investment into multiple platforms unless you are unquestionably savage on all of them. Stick with where you are most comfortable. 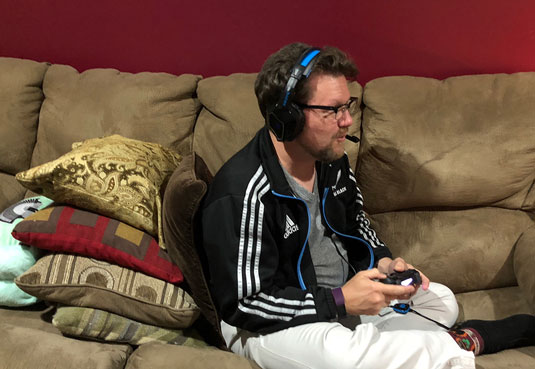 For some beginning streamers, the show begins on the couch.

The easiest way to get streaming is to simply go into the console and start streaming. It is not out of the ordinary for streamers to dive deep into their consoles and find the options for streaming.

Take a closer look at those two leading consoles and how to get them set up and ready for streaming.

First introduced to the world at the end of 1994 (just in time for Christmas, kids) the Sony PlayStation is one of the leading console gaming systems in the world. In 2006, Sony launched the PlayStation Network (PSN), an online network of gamers looking for and establishing online communities around different games, and of consumers looking for new digital media. The idea of PSN was to encourage multiplayer gaming on the platform. Since its launch over a decade ago, over 110 million users have been registered in the network with over 70 million users actively raiding tombs, traversing the underworld, conquering outer space, and earning the coveted “Play of the Game” title.

Along with a PlayStation console, you will also need a PlayStation account established. This grants you access to the PlayStation network (as seen here) and is free. PlayStation Plus is a premium service, providing access to exclusive content, complimentary games, discounts on games, and early access to highly anticipated releases. PlayStation Plus also grants you the ability to chat with other PSN members. PlayStation Plus’ counterpart on Xbox is called Xbox Live. On the PC, there are a variety of online networks like this, but arguably BattleNet (http://battle.net) from Blizzard Entertainment (http://blizzard.com) remains the most popular. The network is tied into many games developed by Blizzard and other game developers. Whichever platform you game on, these accounts should be active and running before you start streaming. 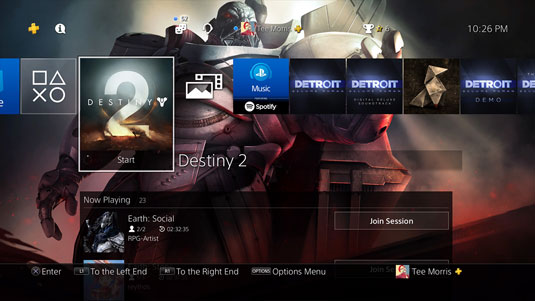 The Sony PlayStation Network, your one-stop shop for online media.

Once you get your PlayStation out of its box, a few other cables, accessories, and details should be on hand:

With your patience checking your expectations and excitement at the door, it is all now a matter of setting up your PlayStation. And that’s it! You’re ready to “git gud” on the PSN!

Microsoft, on seeing the success of console gaming, entered the industry with their own offering: the Xbox. Running a 733 MHz Intel Pentium III processor and the first console to feature a built-in hard disk, Microsoft’s Xbox would make itself a force to be recognized in gaming. Currently, we have the Xbox One X, which you can see in this figure. 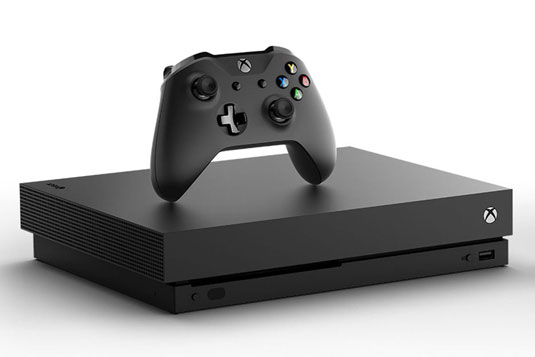 The Xbox One X, the latest console model from Microsoft

In November 2002, Microsoft launched Xbox Live, an online gaming service similar to PSN. Xbox Live granted subscribers access to new content and connect other players online. Coming to fruition four years before PSN, Xbox Live and Microsoft were early adopters of the online gaming movement, and the Xbox continues to be a major player in the gaming community with popular franchises like Halo and Gears of War. So let’s go on and set ourselves up with an Xbox One X.

Now that you have gone through this detailed setup of your Xbox, you are all set and ready to game. Good luck and game on!