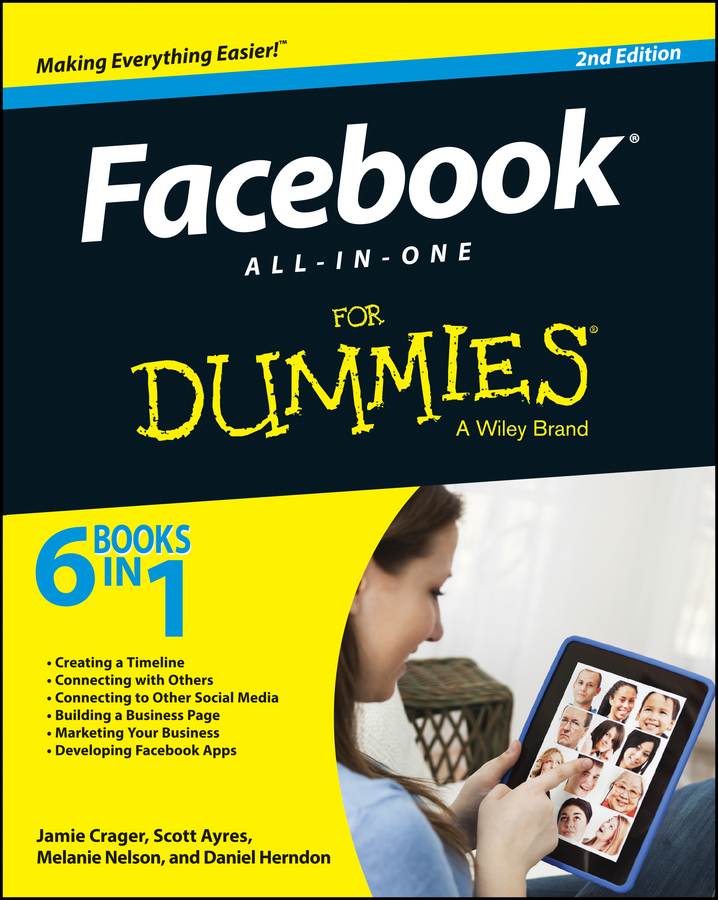 Explore Book Buy On Amazon
If you use the Facebook app and ever try to send a message, you will be asked to add the Facebook Messenger app as well. Because getting in touch directly with a friend is sometimes more important when you're out and about than, say, checking out his latest photos, Facebook has built a separate app for messages.

Messenger handles all the chats and messages between you and your Facebook friends when you are on your phone. As a stand-alone app, you can easily get to it and use it to communicate on the go, without getting distracted by the rest of Facebook.

It's just as immediate as texting but doesn't incur any additional texting charges on our phones, and it's easy to switch from a chat on the computer screen to a chat in Messenger without losing any of what we were talking about. Messenger has all the same functionality as sending Facebook messages: You can message one person or multiple people, send photos, videos, stickers, and GIFs, and conversations are easily grouped in one place.

The Messenger app described and shown here is being used on an iPhone. There might be a few slight differences between it and the Android version.

Opening the Messenger app brings you to your recent messages, shown here. 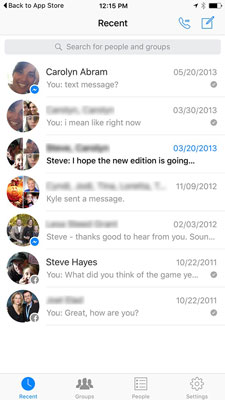 The bulk of the page is taken up by your messages, organized by conversation, with the most recent one at the top. Each conversation shows the profile picture of the friend (or friends) you are conversing with. Any conversations that have unread messages appear in bold. Each conversation has a time or date next to it reflecting the last time anyone on that thread sent a message. Use your finger to scroll down to older conversations. Tap on any conversation to open it up and view its contents or add to the conversation.

When you use Facebook messages, new messages simply get added to any previously sent messages, sort of like your text messages on your phone. They don't get sorted by subject matter or date, only by who is talking to one another.

At the bottom of the screen are four icons.

For Android Users: The locations of the menus in the Messenger inbox are swapped. Search, Phone, and New Message are at the bottom of the screen, and Recent, Groups, People, and Settings are at the top of the screen.