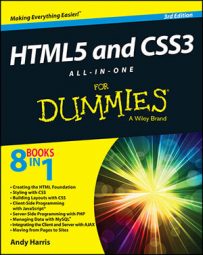 As an HTML5 and CSS3 programmer, you can use inner joins to combine SQL tables. When you normalize the databases, it often makes sense to break it up into several tables. Take a quick look at the hero table. 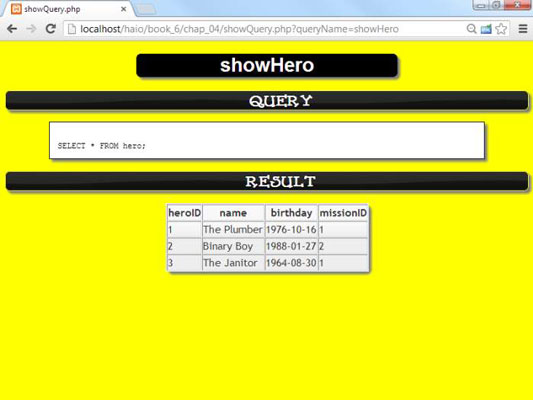 Look at the relationship between the mission and hero tables begins to make sense. 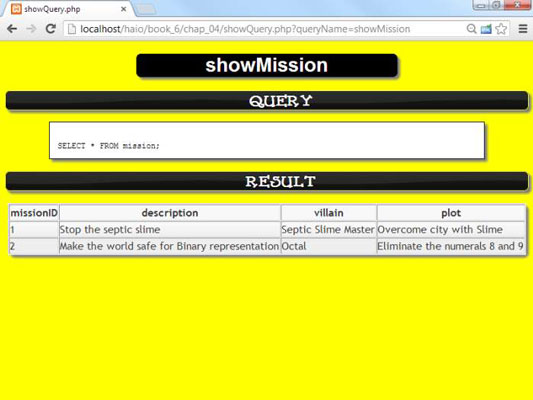 The mission table doesn't have a link back to the hero. It can't, because any mission can be connected to any number of heroes, and you can't have a listed field.

How to build a Cartesian join and an inner join

Creating a query with both tables is tempting. This query appears to join the tables, but it obviously isn't doing the right thing. You have only three heroes and two missions, yet this query returns six rows! What's happened here is called a Cartesian join. It's a combination of all the possible values of hero and mission, which is obviously not what you want. 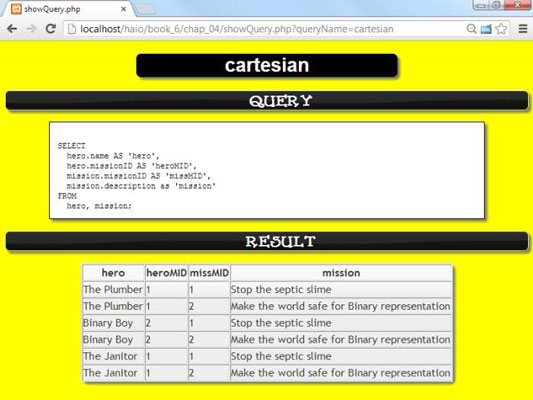 You don't really want all these values to appear; you want to see only the ones where the hero table's missionID matches up to the missionID field in the mission table. In other words, you want a query that says only return rows where the two values of missionID are the same.

It's almost identical to the last query, except this time, a WHERE clause indicates that the foreign key and primary key should match up. 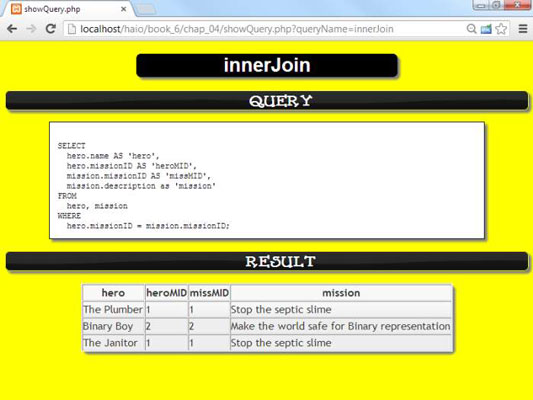 This particular setup (using a foreign key reference to join up two tables) is called an inner join. Sometimes, you see the syntax like

Some of Microsoft's database offerings prefer this syntax, but it really does the same thing: join up two tables.

Whenever your ER diagram indicates a many-to-one (or one-to-many) relationship, you generally use an inner join. Here's how you do it:

If the preceding steps are hard for you to understand, think back to the hero example. Each hero (according to the business rules) can be on only one mission. Thus, it makes sense to put a link to the mission in the hero table because you have only one mission.

Each mission can be related to many heroes, so if you try to link missions to heroes, you have listed fields in the mission table, violating the first normal form. The result of this join looks a lot like the original intention of the database, but now it’s normalized. 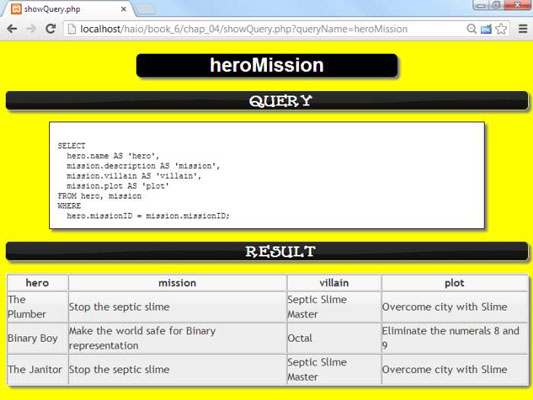 Many programmers get confused with this example, saying heroes should be allowed to go on multiple missions, or they're not very good heroes. That's a great point, and it brings up one of the most significant issues in data development. The data programmer's job is to reflect the business rules in place.

The business rules in this example were deliberately made up to simplify explaining things, so you’ve got a business rule in place (one mission per hero) that may not be the best from a "saving the world" perspective. However, if that's the business rule you've got, your job is to implement it.

How to build a view to encapsulate the join

The inner join query is so useful, it's a dandy place for a view. A view an be created from it:

Having a view means that you don't have to re-create the query each time. You can treat the view as a virtual table for new queries: