Moving to DevOps Processes: From a Line to a Circuit

Explore Book Buy On Amazon
The DevOps approach involves a cycle as opposed to a line. It allows for continuous integration and continuous delivery, garnering consistent feedback throughout the process. The DevOps methodology is just one example of how processes have evolved.

Development processes have changed radically over the last few decades, and for good reason. In the 1960s, Margaret Hamilton led the engineering team that developed the software for the Apollo 11 mission. You don’t iteratively launch humans into space — at least they didn’t in the 1960s. It’s not an area of software in which “fail fast” feels like a particularly good approach. Lives are on the line, not to mention millions of dollars.

Hamilton and her peers had to develop software using the waterfall methodology. The image below shows an example of a waterfall development process (occurring in a straight line).

Drawing the line of waterfall development.

The following image adds the phases. Notice how the arrows go in one direction. They show a clear beginning and a clear end. When you’re done, you’re done. Right?

Nope. As much as many people would like to walk away from parts of their codebases forever (or kill them with fire), they usually don’t get the privilege.

The software developed by Hamilton and her team was a wild success (it’s mind blowing to think that they developed in Assembly with zero helpers like error messaging). Not all projects were equally successful, however.

Later, where waterfall failed, Agile succeeded. (DevOps was born out of the Agile movement.) Agile seeks to take the straight line of waterfall and bend it into a circle, creating a never-ending circuit through which your engineering team can iteratively and continuously improve.

The image below depicts how to think of the circular development life cycle. 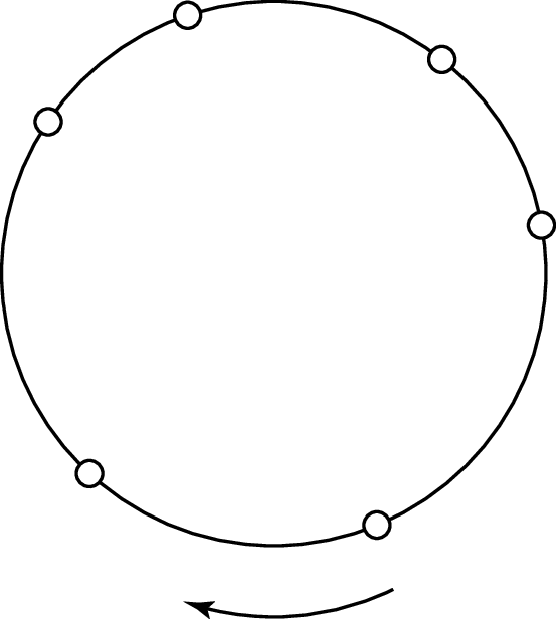 Often, the various loops prescribed by different organizations are influenced by the products those vendors sell. For instance, if the vendor sells infrastructure software and tooling, they likely emphasize that portion of the development life cycle, perhaps focusing most on deploying, monitoring, and supporting your software.

There’s nothing for sale here. The stages focused on here are the most critical for developers, along with the ones people struggle with the most when learning to better manage their software development and adopt DevOps.

The five stages of the software development life cycle are

Now if you’re a developer and just gasped at that last sentence because you’ve dealt with hundreds of random and difficult-to-solve bugs, It’s easy to understand how you feel. Coding is hard. Nothing about software development is easy. But by mastering the planning, design, and architecture (and separating them from the actual implementation of code), you ensure that the hardest decisions of software development are abstracted away.

Operations folks will always have unique knowledge about infrastructure, load balancing, and the like. In fact, removing the manual task of deploying software from your operations team will allow them to save you time and money elsewhere. They will have the time to work on improving your application’s reliability and maintainability.

The most important aspect of a delivery life cycle within the DevOps framework is that it is a true loop. When you get to the end, you go right back to the beginning. Also, if you receive support feedback from customers at any point along the way, go back to a subsequent phase (or the planning stage) so that you can develop software in a way that best serves your customers.

The first part of building a pipeline is to treat it linearly. You are building a straight line with set stages and checkpoints along the way. Within this framework, you can view the software development life cycle as something you start and something you finish. Waterfall lovers would be proud.

But reality doesn’t let you work in a straight line. You can’t just start producing code, finish, and walk away. Instead, you’re forced to build upon the foundational software you released on your first iterative loop and improve it through the second cycle. And so on and so on. The process never ends, and you’ll never stop improving.

The DevOps process helps you connect the start and finish of that straight pipeline so that you begin to understand it as an entire circuit, or loop, for you to continuously develop and improve.