How to Make Transitions with CSS3 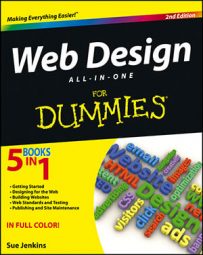 Talk about powerful new features in cascading style sheets (CSS): By pairing the :hover pseudo-class with the CSS3 transition property, you can add slick interactive features to your objects without the use of Flash, JavaScript, or jQuery!

The transition property actually has four settings, which should be written in the CSS in the following order: property, duration, timing-function, delay.

In the following code example, after a 2-second delay, an orange box smoothly changes over 5 seconds from 100px to 500px wide when a visitor hovers the mouse over the

Sue Jenkins is a working designer as well as a design trainer and author. Her design firm, Luckychair, provides design services for web, logo, and print. Sue has also created a series of training DVDs on popular Adobe design tools including Photoshop, Dreamweaver, and Illustrator.