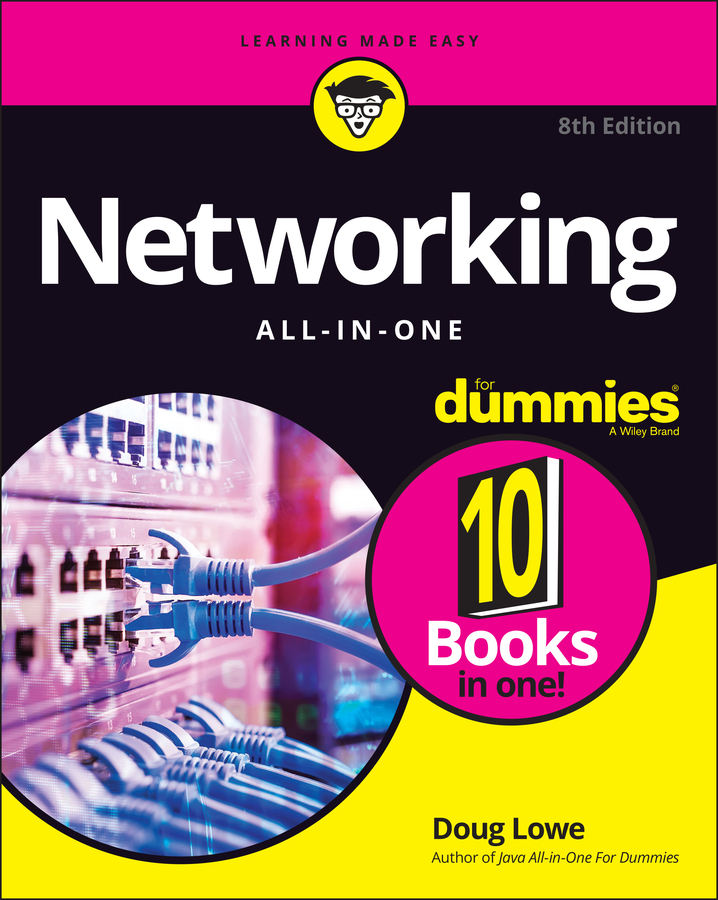 The term network topology refers to the shape of how the computers and other network components are connected to each other. There are several different types of network topologies, each with advantages and disadvantages.

In the following discussion of network topologies these two important terms are used:

The first type of network topology is called a bus, in which nodes are strung together in a line. The key to understanding how a bus topology works is to think of the entire network as a single cable, with each node “tapping” into the cable so it can listen in on the packets being sent over that cable.

In a bus topology, each node looks at each packet to determine whether the packet is intended for it. If so, the node claims the packet. If not, the node ignores the packet.

If the cable in a bus network breaks, the entire network is effectively disabled. Obviously the nodes on opposite sides of the break can’t continue to communicate with each other because data can't span the gap created by the break. But even those nodes that are on the same side of the break will be unable to communicate with each other, because the open end of the cable left by the break disrupts the proper transmission of electrical signals.

In a star topology, each network node is connected to a central device called a hub or a switch. Star topologies are commonly used with LANs. 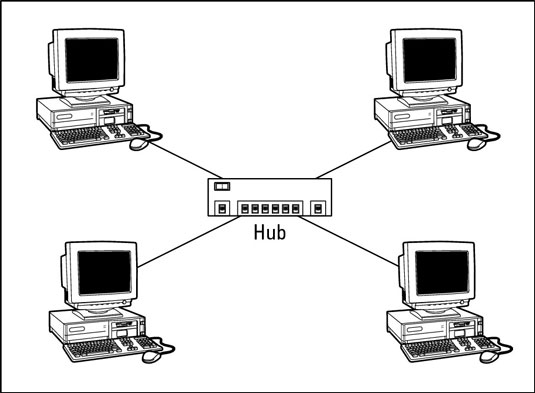 If a cable in a star network breaks, only the node connected to that cable is isolated from the network. The other nodes can continue to operate without interruption — unless, of course, the node that’s isolated because of the break happens to be the file server.

In contrast, a switch knows which computer is connected to each of its ports. As a result, when a switch receives a packet intended for a particular computer, it sends the packet only to the port that the recipient is connected to.

Strictly speaking, only networks that use switches have a true star topology. If the network uses a hub, the network topology has the physical appearance of a star, but is actually a bus. That’s because when a hub is used, each computer on the network sees all the packets sent over the network, just like in a bus topology.