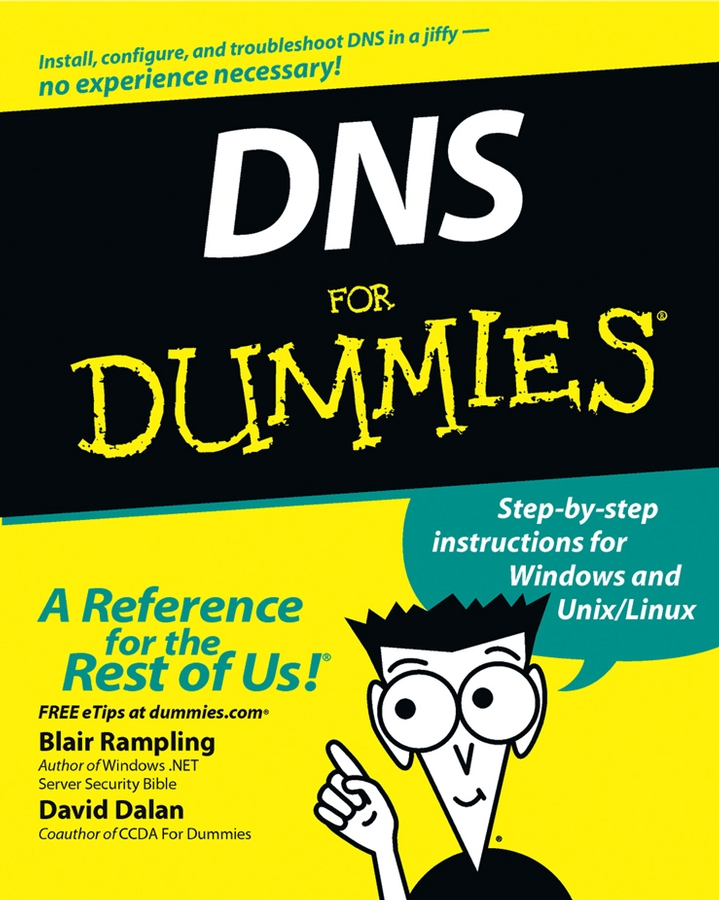 DNS is a name service that provides a standardized system for providing names to identify TCP/IP hosts as well as a way to look up the IP address of a host, given the host’s DNS name.

To provide a unique DNS name for every host computer on the Internet, DNS uses a time-tested technique: Divide and conquer. DNS uses a hierarchical naming system that’s similar to how folders are organized hierarchically on a Windows computer.

Instead of folders, however, DNS organizes its names into domains. Each domain includes all the names that appear directly beneath it in the DNS hierarchy.

For example, the illustration below shows a small portion of the DNS domain tree. At the very top of the tree is the root domain, which is the anchor point for all domains. Directly beneath the root domain are four top-level domains, named edu, com, org, and gov. 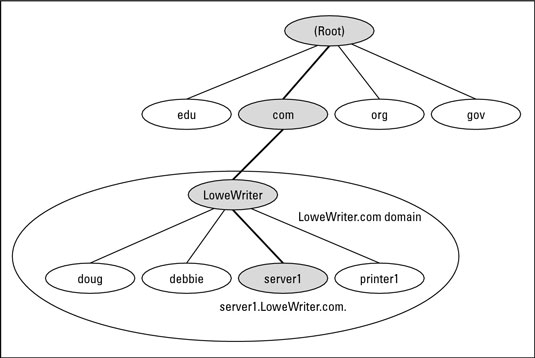 In reality, many more top-level domains than this exist in the Internet’s root domain.

Beneath the com domain in the above illustration is another domain called LoweWriter. To completely identify this domain, you have to combine it with the name of its parent domain (in this case, com) to create the complete domain name: LoweWriter.com.

Notice that the parts of the domain name are separated from each other with periods, which are called dots. As a result, when you read this domain name, you pronounce it LoweWriter dot com.

Beneath the LoweWriter node are four host nodes, named doug, debbie, server1, and printer1. Respectively, these correspond to three computers and a printer on a home network. You can combine the host name with the domain name to get the complete DNS name for each of the network’s hosts. For example, the complete DNS name for the server is server1.LoweWriter.com. Likewise, the printer is printer1.LoweWriter.com.

Here are a few additional details that you need to remember about DNS names: