Routers connect networks. Routers range from someone's desktop PC running Internet sharing software to multimillion-dollar systems of specialized hardware and software. In the original work on TCP/TP, the designers wanted to be able to move data across a network even if parts of the network became disrupted. For example, if a network link were taken out by enemy attack, the traffic on that link would automatically reroute to a different link. This reliable scheme is called dynamic rerouting. Your system doesn't have to be a victim of an enemy attack for dynamic rerouting to be valuable. If a forklift cuts a cable in a warehouse, for example, dynamic rerouting means that inventory data can still be sent across a network via a different route.

(In network parlance, you can pronounce router either rowter or rooter. Just pick a side and join the battle. People pronounce it both ways and some are willing to fight for their choice.)

A router extends a LAN by linking two or more network segments that may or may not use the same media type. The router permits each connected network to maintain its independent identity and address. Figure 1 shows a small intranet consisting of two subnets. The router connects the subnets and connects the entire intranet to the Internet. 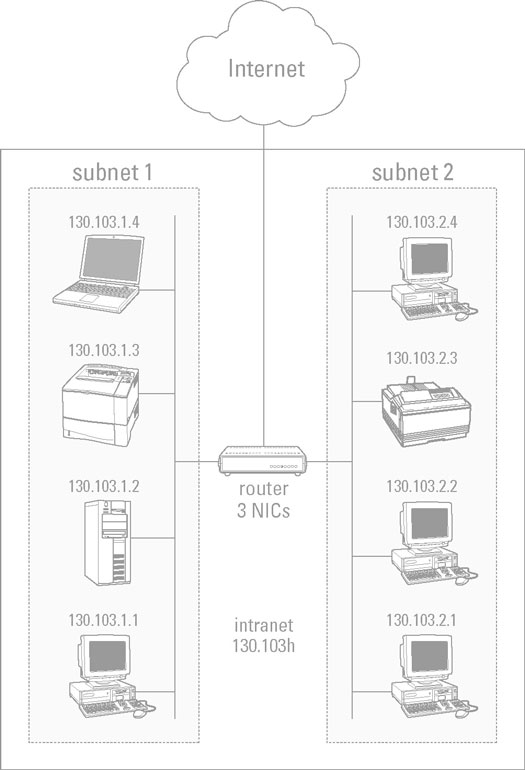 Figure 1: This router connects the subnets to each other and the intranet to the Internet.

What makes routers special is that they're intelligent enough to understand IP addresses. In fact, the decisions the router makes about directing the packets of your data are based on the network portion of the IP address. A router contains a network interface card for each segment of the network that it connects. Each network interface card has a different IP address because the router itself is a member of each network. The router gets most of its intelligence from routing tables. Routing tables are stored on the router and contain information about the following:

On big fancy routers, routing tables also store statistics on which routes are fastest and shortest.

Routers work at the Internet, data link, and physical layers of the TCP/IP structure. A router resembles an octopus whose tentacles represent all of your cabling types. Routers are aware of the multiple paths that your data packets can take across the network to their final destination. The router knows about other routers on the network and can choose the most efficient path for the data to follow. This efficient path may change as network devices change and as traffic comes and goes.

Routers use a routing protocol to find out information about the entire network and to determine the optimal path for sending a packet on to its destination. What's optimal? Is it the shortest path (fewest hops from one host to another)? Or the fastest path (more hops on speedier links)? Or the least congested path?

Suppose you want to go from Boston to New York City (NYC) to visit the Empire State Building. Your top three choices are probably these:

Which way do you think will get you there fastest? If you've never driven to Logan Airport during rush hour and through construction, you would guess that flying from Logan to JFK is the fastest route. However, depending on city traffic, flying may actually be the slowest way.

Routers use packet switching to move messages from one place to another on a network. Messages are divided into packets before they move out onto a network. During transmission, each packet is independent of the others. In fact, each packet in a message could take a different route to the destination. That's packet switching; the point is that all the packets in a message get to the destination, not how they get there.

Depending on the number of machines and networks you need to connect, you may not need special purpose hardware to be your router.

Be sure to protect your Internet connection with a firewall.