By: John Paul Mueller and Luca Massaron and
Updated: 04-25-2022
From The Book: Data Science Programming All-in-One For Dummies 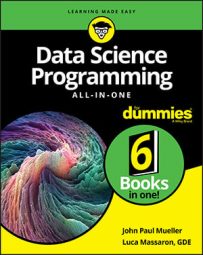 Explore Book Buy On Amazon
Data science affects many different technologies in a profound manner. Our society runs on data today, so you can’t do many things that aren’t affected by it in some way. Even the timing of stoplights depends on data collected by the highway department. Your food shopping experience depends on data collected from Point of Sale (POS) terminals, surveys, farming data, and sources you can’t even begin to imagine.

No matter how you use data, this cheat sheet will help you use it more effectively. 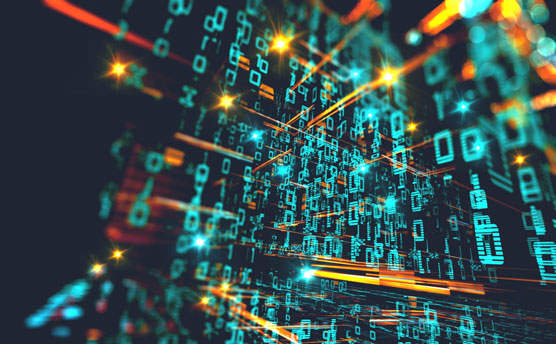 Data becomes less useful or possibly not useful at all when it fails to meet specific needs, such as correctness. For many people, error equates to wrong. However, in many cases, data is correct, yet also erroneous. A sales statistic may reflect reality for a particular group, but if that group isn’t part of your analysis, the data is incorrect for your needs despite being correct data. You can consider data errant when it meets any of these criteria:

When working with qualitative features, your value guessing should always produce integer numbers, based on the numbers used as codes. Here are common strategies for missing data handling:

Another good practice is to create a new binary feature for each variable whose values you repaired. The binary variable will track variations that result from replacement or imputing with a positive value, and your machine learning algorithm can figure out when it must make additional adjustments to the values you actually used.

Experience teaches that the world is rarely stable. Sometimes novelties do naturally appear because the world is so mutable. Consequently, your data changes over time in unexpected ways, in both target and predictor variables. A target variable is the variable you want to know more about, and the predictor variable is the independent variable used to predict the target variable. This phenomenon is called concept drift. The term concept refers to your target and drift to the source data used to perform a prediction that moves in a slow but uncontrollable way, like a boat drifting because of strong tides.

To obtain a relevant and useful analysis, you check for any new data containing anomalies with respect to existing cases. Maybe you spent a lot of time cleaning your data or you developed a machine learning application based on available data, so it would be critical to figure out whether the new data is similar to the old data and whether the algorithms will continue working well in classification or prediction.

In such cases, data scientists talk of novelty detection, because they need to know how well the new data resembles the old. Being exceptionally new is considered an anomaly: Novelty may conceal a significant event or may risk preventing an algorithm from working properly because tasks such as machine learning rely heavily on learning from past examples, and the algorithm may not generalize to completely novel cases. When working with new data, you should retrain the algorithm. When considering a data science model, you distinguish between different concept drift and novelty situations using these criteria:

Data scientists usually use only a few languages because they make working with data easier. The world holds many different programming languages, and most are designed to perform tasks in a certain way or even make a particular profession’s work easier to do. Choosing the correct tool makes your life easier. Using the wrong tool is akin to using a hammer rather than a screwdriver to drive a screw. Yes, the hammer works, but the screwdriver is much easier to use and definitely does a better job. Here are the top languages for data science work in order of preference:

One thing to note about Java is that Microsoft is taking a significantly stronger interest in the language and that may spell some changes in the future. See these articles: Microsoft sails past Oracle in bringing Java SE to the cloud, Java on Visual Studio Code October Update, JAX London 2019 has begun: “Microsoft is now a Java shop”, and Episode 48. On Jakarta EE 9 Band-aids, OracleCodeOne Debrief, Unionizing Tech, IBM vs Microsoft and Oracle JDBC Drivers! for some ideas on changes that could take place.