How to Build the Basic LED Circuit

Circuits are the building blocks of electronics projects. You need several parts in order to build a basic LED circuit. Here is a list of those parts:

Before you build the circuit, you may want to use your multimeter to verify the voltage of your battery pack and the value of your resistor (especially if you're not sure of their values).

You can build the LED circuit by using alligator clips to connect the components or by using a solderless breadboard to make the connections.

Building the circuit with alligator clips 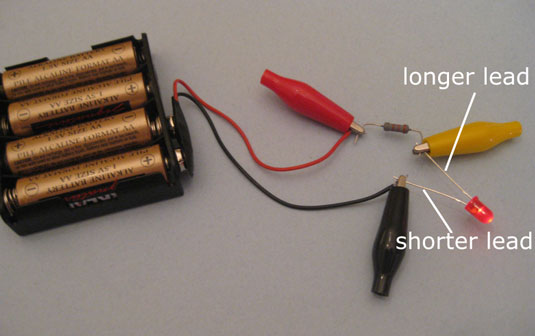 If you connect an LED the wrong way, it won't light and it might become damaged.

Building the circuit with a solderless breadboard 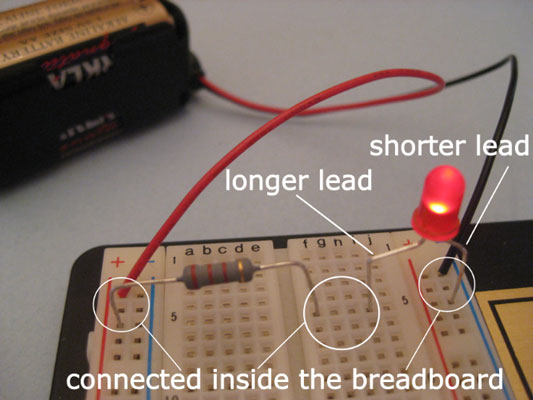 The LED circuit is easy to set up on a solderless breadboard.

A neater way to build your circuit. The yellow line shows the path through which current flows to and from the battery pack.

As you set up the circuit on the breadboard, remember that it doesn't matter how you orient the resistor, but be sure to orient the LED so that the shorter lead is connected to the negative side of the battery pack. If you clip the leads to make your circuit neater, remember to keep track of which lead was shorter to begin with. You use a short jumper wire in your trimmed circuit to connect the resistor to the LED.