The Fundamentals of GDPR and Data Protection

Explore Book Buy On Amazon
One aim of the General Data Protection Regulation (GDPR), which came into effect on May 25, 2018, was to harmonize data protection laws across Europe — so its legal form is a regulation (an order that must be executed) as opposed to a directive (a result to achieve, though the means to achieve aren’t dictated).

However, EU member states are permitted to make certain derogations (a fancy term for exemptions) from the GDPR (such as in the case of the need to uphold a country’s security), so data protection laws across Europe aren’t quite as harmonized as may have been desired by some of the legislators.

At the time this article was written, all but three member states had passed national legislation to sit alongside the GDPR. So, you need to familiarize yourself with not only the GDPR but also the legislation that was implemented in the EU member state(s) in which your organization is established. 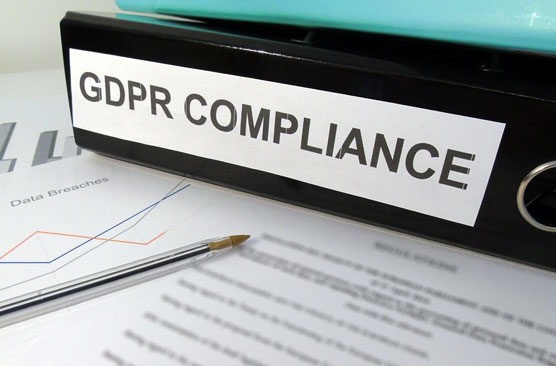 Data protection laws exist to balance the rights of individuals to privacy and the ability of organizations to use data for the purposes of their business. Data protection laws provide important rights for data subjects and for the enforcement of such rights.

This list describes a handful of additional points about these laws to keep in mind. Data protection laws:

Countries hold to varying degrees of regulation and enforcement and some countries don’t have any data protection laws. The following table rates the strength of various countries’ efforts to protect data.

The 10 most important obligations of the GDPR

The obligations I refer to in this section’s heading are the ten most important actions you need to take to comply with the GDPR; I’ve only summarized these obligations in the following list because I discuss them further throughout this book:

The consequences of non-compliance

Think of this as a description of not only the consequences you face if you aren’t compliant with the GDPR but also the reasons you should care about being compliant.

The GDPR has introduced significant increases in the maximum fines for breaches of its requirements.

This significant increase in fines indicates the increasing importance of data protection within the EU as the value of personal data increases and the processing becomes even more sophisticated.

This is not to say that you will be fined these amounts for any infringements of the GDPR. You would have to do something that significantly impacts on the rights and freedoms of a large number of data subjects to incur a maximum fine.

Supervisory authorities are the regulatory authorities (often known as data protection authorities) within individual EU member states that are responsible for the enforcement of the GDPR.

As you may have noticed in recent high-profile data breaches, such as the British Airways data breach in 2019, data protection lawyers are placing advertisements encouraging victims of data breaches to join group actions against the data controller.

A civil claim against you would not only damage your reputation further but would also cost a significant amount of time and money to defend the claim.

The general public is much savvier about their data protection rights than they used to be, for these reasons: This savviness has led to an increase in the number of complaints from data subjects whose personal data hasn’t been processed in accordance with the GDPR. Data subjects are lodging complaints both directly to the data controller and to supervisory authorities. The two situations require two different responses: These corrective powers include the ability to issue fines, to impose a temporary or definitive ban on the processing of personal data or to force you to respond to the data subject’s requests to exercise their rights.

When a data subject brings a claim against you, you risk not only sanctions from the relevant supervisory but also brand damage. A report by Axciom (a consulting firm providing marketers with data and technology assistance) entitled “Global data privacy: what the consumer really thinks” showed that individuals from around the world are, in the vast majority, quite concerned about how their personal data is used and protected. If you aren’t compliant with the GDPR, you’re showing your prospects, customers, and employees that you aren’t concerned about the protection of their personal data.

If you don’t comply with the GDPR and, for example, you experience a data breach or don’t respond appropriately to data subject requests, you are likely to lose trust from your customers and prospects. When they don’t trust you, they don’t want to buy from you or otherwise do business with you. Similarly, when your employees don’t trust you, they no longer want to work for you.

In unfortunate timing, British Airways sent an email to all of its customers to assure them that they could trust British Airways with their personal data. Just a couple of months later, British Airways suffered a large data breach that compromised the financial details of 185,000 customers, details that were sold on the dark web. As a result of this data breach, the share price of IAG (British Airways’ parent company) decreased by 5.8 percent (equivalent to a loss of £350m).

In 2018, CompariTech carried out a report finding that, in the long term, organizations that have suffered data breaches financially underperformed.

Be a market leader

By embracing the GDPR and showing your customers, prospects, and employees that you care about the protection of their personal data, you gain a competitive advantage.

“Accountability encourages an upfront investment in privacy fundamentals, but it offers a payoff down the line, not just in better legal compliance, but a competitive edge. We believe there is a real opportunity for organisations to present themselves on the basis of how they respect the privacy of individuals and over time this can play more of a role in consumer choice.”

Suzanne Dibble is a business lawyer who has advised huge multi-national corporations, private equity-backed enterprises, and household names. Since 2010 she has focused on small businesses, combining her knowledge of large organizations with a deep appreciation for entrepreneurship, especially online businesses, to provide practical, relevant advice. See more at suzannedibble.com