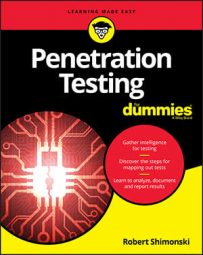 Explore Book Buy On Amazon
Every pen tester needs a solid toolkit. There is no one size fits all when it comes to penetration testing. Keep these considerations in mind as you’re building your toolkit: Following, you’ll find some reputable tools that you can easily download and will be useful throughout your pen testing careers.

Let’s start with Nessus because it’s one of the most commonly used tools in penetration testing and you’ll definitely want to get familiar with it. This image shows a scan produced from Nessus. 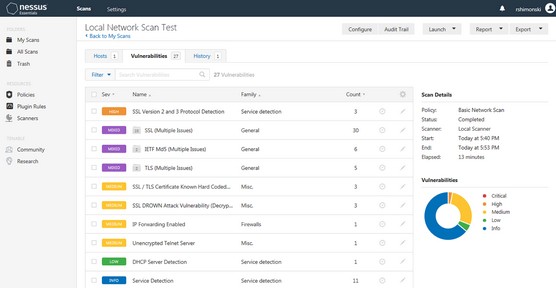 Nessus allows you to scan hosts on your network and the tool also lets you know whether there are concerns in the form of known risks, vulnerabilities, and exploits.

Nessus offers a free trial to try before you commit. Take advantage of that offer to see whether the tool suits you.

You can go to Tenable to sign up for an account and download Nessus. Be sure to select the Nessus professional executable and select either 32- or 64-bit, based on the hardware or software install you have. Tenable sends you an activation code.

Once you register and have a key, insert the key and create a set of credentials to use with the tool. This is what you use to log into your Nessus console to run scans and get reports. If you install this on a local system (such as the one you run your toolkit on), it installs as part of localhost and be accessible at https://localhost:8834.

Here’s how to get started with Nessus:

Wireshark is a tool that can look at data and show you the various communication paths that exist — including those that are not authorized. Wireshark is one of the most powerful penetration testing tools out there.

You use the tool primarily to capture data from your network, so you can analyze it. You’ll need to be able to decode information that you capture with it. Wireshark is good for conducting vulnerability assessments and finding risks.

With this tool, your machine grabs packets promiscuously off the network where you review them. This information can be very valuable. Imagine being able to see what is traversing a network you’re responsible for. As you can imagine, hackers often use this information to exploit a network and its hosts.

Although labeled a protocol analyzer, Wireshark functions as a vulnerability scanner. Its primary functions are to capture and filter traffic on a network and perform deep inspection of capture packets and protocol analysis.

The way it works is simple. It sets up your wired or wireless interface cards on your toolkit system to promiscuously sniff and capture network traffic. The following image shows simple output from Wireshark; it clearly shows a Secure Sockets Layer (SSL) in use that is protecting the traffic. 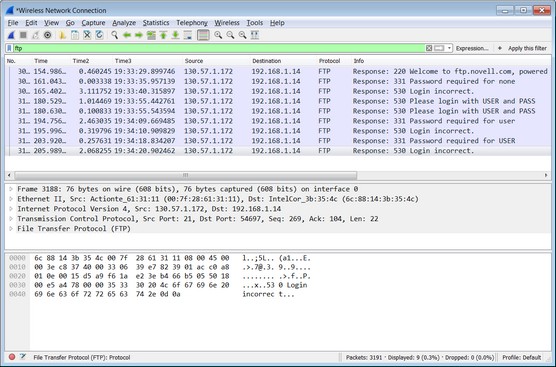 Download Wireshark from wireshark.org. Select which version you’d like based on your system architecture and then follow the installation instructions. Select all defaults to include WinPcap, which is the API (application programming interface) required to install Wireshark.

To use Wireshark to run a vulnerability scan, follow these steps:

Now you can use Wireshark for the following purposes:

You can download it directly to your Linux install, or you can download it to a virtual machine (which is what I’m doing for the purpose of this book) from Offensive Security, which packages it with either VMware or VirtualBox software. There are directions to do either directly from kali.org, based on which one you’d like.

You can install many of the tools that come with Kali independently, but it's a good idea to install the complete toolset. You’ll use many of them.

Before you download Kali, make sure you have a system large enough to handle it and the required memory to run the applications. It generally takes more than three gigabytes to install. Kali.org recommends a minimum of 3.8GB hard disk and 2GB of RAM to install Kali.

The following image shows a console in Kali with the preloaded tools ready to go. For this example, a tool called tcdump was used to sniff the network traffic coming through the network to and from the source computer to multiple destinations. 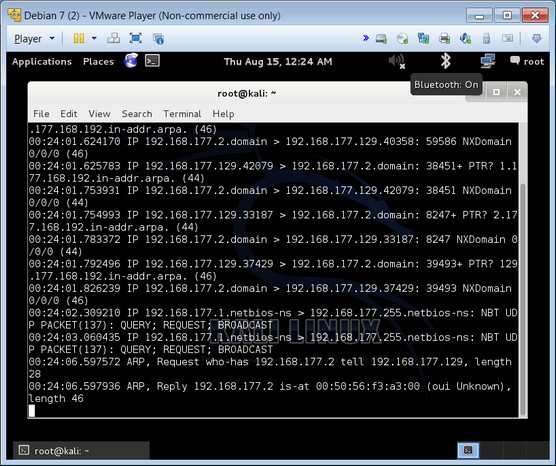 Kali is a Linux install, and it’s unforgiving. Everything is case sensitive; for example, nmap or tcpdump. Typing Nmap or TCPdump is incorrect.

To start using Kali, follow these steps: For example, Port 80 is generally used for web traffic and almost always left open. Port 22 is used for Secure Shell (SSH) and is an encrypted telnet method. 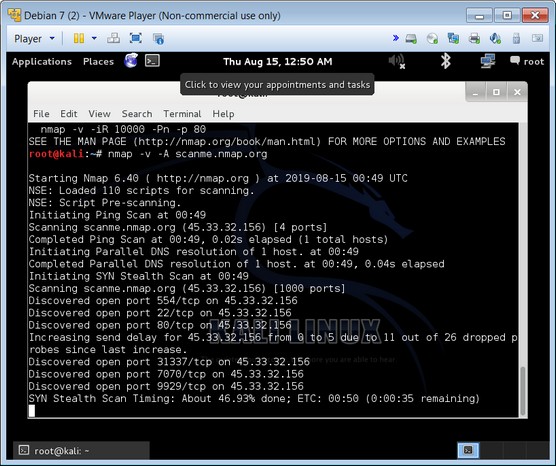 To learn more about ports and see which ones are configured by default visit the iana.org website.

Nmap is a network mapper that’s used to discover hosts and services on a computer network. It does so by sending packets and analyzing the responses. (You can download and install Nmap for Windows.) In the image below, one pen tester used an example of a possible SYN stealth scan to probe TCP ports for them to answer, thus proving a map of the network within the tool.

When you finish mapping the network, you can study the topology map to find places you might want to secure from hackers who are looking for jump-off points to get around your network and into other areas or secure hosts.

Hackers don’t always come in from the outside through your firewall, sometimes they’re sitting in cubicles inside your network running a tool just like this, looking for holes. 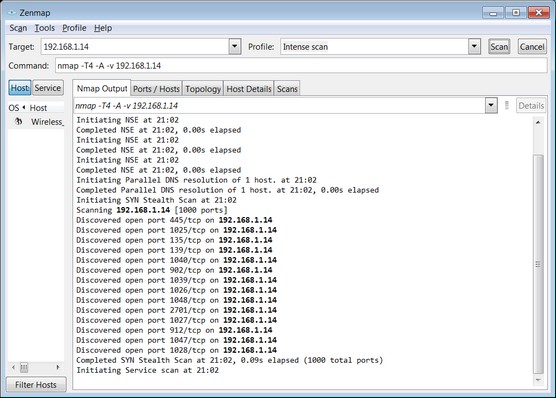 Creating a network map with Nmap.

Zenmap is Nmap — just the front-end shell to a console-based tool (as found in Kali) — to manipulate the GUI, and uses Nmap on a Windows desktop. On the Nmap Output tab is the syntax used by the GUI, which you can use in the console-based Kali version to get the same effect. It’s a way to dummy-proof yourself in learning the many, many ways to get Nmap to work, especially in a Linux system.