Explore Book Buy On Amazon
Once upon a time, it was a range of tonal names that differentiated the GoPro HERO, including the Silver and White editions. And while many of these models are still viable choices, the latest version is only about the Black. It's the big kahuna of the HERO line and it has been revamped so much that there's only a need for a single model of this size.

The most obvious difference with this model is its ready-to-go waterproof design, good for depths as low as 33 feet (10m), and face it, how many times do you need to go deeper? A lot, you say, then just use the optional Dive Housing; it's good for close to 197 feet (60m).

Besides the built-in water protection, the latest entry is pretty feature-packed. Not only does it capture 4K video that can make your audience feel like they're in the middle of the action, but also it can capture it with one-button simplicity.

Internal improvements help stabilize video in shaky situations, capture crystal-clear audio, and provide pro-quality photo capture. Combine that with voice control and GPS, the HERO5 Black packs a lot of punch in such a portable camera. 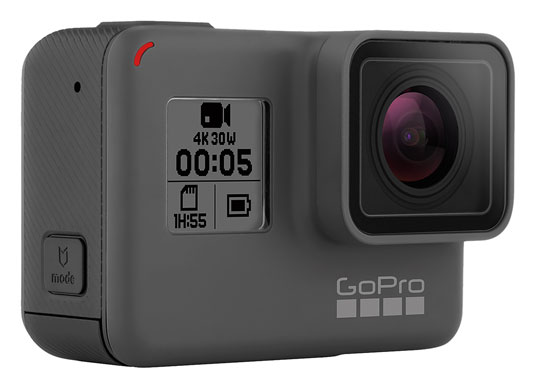 Other new features over previous HERO models include: