Explore Book Buy On Amazon
The Capture app for your GoPro camera allows you to control the camera from a distance and monitor the scene. It also lets you wirelessly update camera firmware and get the latest features to maintain best performance.

The app lets you control the camera and do more with your content than ever before, including sharing it over social media. It provides full remote control of all camera functions so you can start and stop your recording, adjust camera settings, or take a photo. 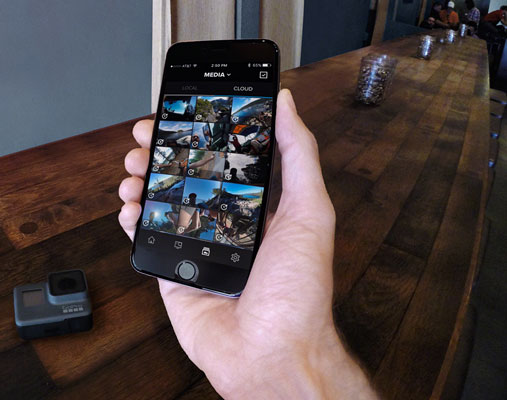 Live Preview (see the figure) lets you see what your camera sees for easy shot framing while capturing the scene. You can also play back video and view photos right on your smartphone. 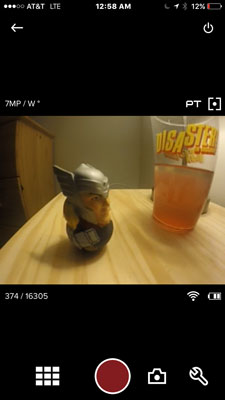 Live monitoring of a scene with the Capture app

Updating firmware on electronics isn't for the faint-hearted. It's complicated and bothersome, and nobody wants to do it, so it doesn't always get done. The Capture app, however, changes all that by allowing you to keep your camera up to date via Wi-Fi.

Here is a quick list of the things it lets you do:

Don't expect monitoring to be perfect. There's a bit of lag time between the camera and your smartphone as much as a few seconds. To judge the delay, put your hand in front of the camera's lens and then take it away, and see how long it takes for the change to appear on your smartphone.

One caveat: The app doesn't work when the camera is underwater. You can still record by tapping the shutter before submerging the camera. Unfortunately, you won't be able to monitor the scene. 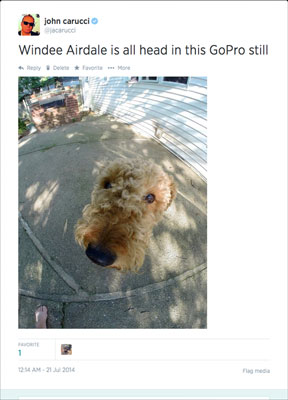 Shared image on Twitter transferred from the Capture app.

Setting up the app

Here's how you set up the app: 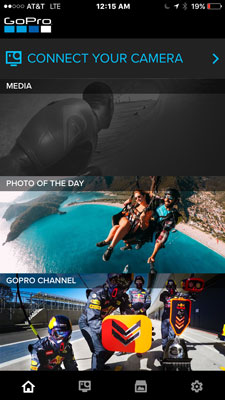 Giving the app a test drive

Although using the Capture app is intuitive, giving it a test drive doesn't hurt. Follow these steps:

Editing on the fly

After capturing whatever situation strikes your fancy, you can quickly turn it into a movie on your smartphone. Splice lets you assemble a series of clips together, add titles and transitions, and even has a music library to give your movie the right pizazz. Another app can automatically make a movie with clips and music so quickly it's called Quik.

If you're looking for an automated approach to editing movies, the Quik app is perfect for you. Create edits in a matter of moments by transforming a few clips into a movie with choices for soundtrack loaded in the program, or simply choose a song that's already on your device. Quik automatically analyzes the footage, puts it together, and synchs it to the beat of your soundtrack. The music can come from files on your phone. Quik will automatically make a movie for you by selecting your best clips of the week, and even add a soundtrack (see the following image).

It's great to perform a quick edit in the field and share it immediately from your app, but it's a little more comfortable doing it from your computer. The desktop version of Quik provides the same easy operation when it comes to offloading files from your GoPro. Just connect the camera and the software automatically downloads your movies and photos to your drive. If you're a GoPro Plus member, it will upload directly to the Cloud, allowing you to access, view, and edit your content on any device wherever you are at the moment. 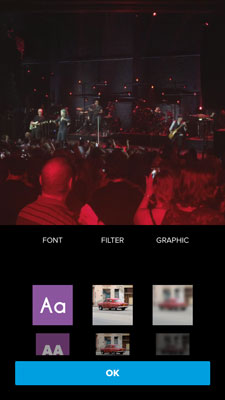 A screenshot of Quik in action.

Splice brings the power of a desktop editing system to the convenience of your iPhone or iPad, so you can make pro-quality edits moments after you shoot them. You can easily add music, sound effects, and titles before uploading to a sharing site.

Here's what you're able to do: 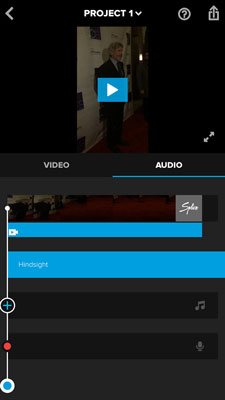 A screenshot of Splice in action.