By: Miriam Fields-Babineau and
Updated: 10-25-2020
From The Book: Mixed Breeds For Dummies

Explore Book Buy On Amazon
Few hybrid dogs (the offspring of two purebred dogs) are more popular than those with a Poodle parent. In fact, it was the Poodle mixture that started the entire fad of designer dogs, beginning with the Labradoodle and Cockapoo.

Poodles bring many great attributes into the hybrid crossing, plus they come in four sizes: Standard, Miniature, Toy, and Teacup (a size not currently recognized by the AKC). Plus, they’re low- to no-shed dogs with dirt-resistant coats. When combined with a Retriever, or other straight soft-coated breed, they can produce a beautiful wavy or large-curl coat that’s very attractive.

The smaller Poodle breeds also tend to live a long time. So instead of having a dog for only 10 to 12 years, you’ll have one who will live upwards of 15 years. That, alone, makes a Poodle mix very attractive.

When compared to other purebred dogs, Poodles are rated high on the intelligence scale. They learn quickly and can work their way through problems faster than most other breeds. What’s not to like about fast housetraining? Poodles are sensitive, highly aware, and learn by watching others.

Unless very poorly bred, Poodles have few genetic defects, though they aren’t totally without health concerns. Their hips are far better than most retriever and shepherd breeds. They aren’t prone to heart problems seen in many types of dogs. And they rarely have epilepsy, retinal atrophy, or allergies. Overall, mixing any purebred dog with a Poodle will create great offspring. 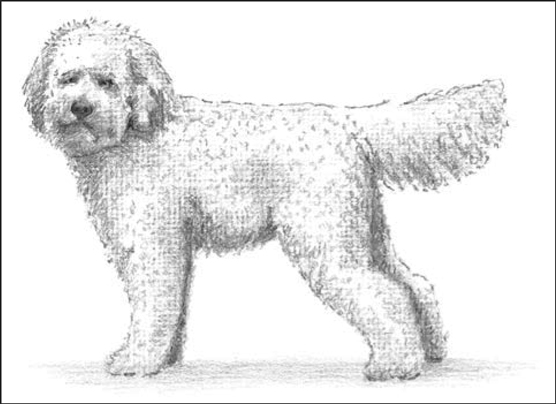 Labradoodles have three coat types, two of which do shed.

Labradoodles don’t interact well with assertive people or dominant dogs. Any heavy-handed training technique, such as being yelled at or jerked around on a leash, will cause a Labradoodle to shut down and want to crawl into a corner. 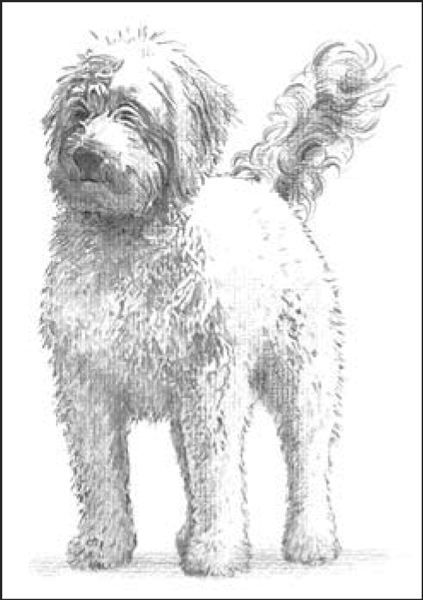 Goldendoodles turn an already perfect family pet into a perfect family pet that sheds less. The mixing of the Golden Retriever and Poodle changes little about the offspring other than coat appearance. The majority of Goldendoodles have coats with golden hue, the structure generally similar to that of the retriever. But the coat changes from a long and smooth, sometimes wavy texture, to a scruffier, curlier, harsher texture.

Goldendoodles are a great combination of two great family dogs. Golden Retrievers are the ideal dog — they love to please their human companions, play ball, cuddle, play ball, go for long walks, play ball, fetch a stick in the water, or if you’re feeling like you want to play fetch for hours, fetch the ball in the water. They’re easy to train and easy to care for.

They’re energetic and playful outdoors and happy to rest at your feet or join in a quiet game indoors. Many will bark to let you know of visitors, though they don’t believe in strangers — after all, anyone can throw a ball. 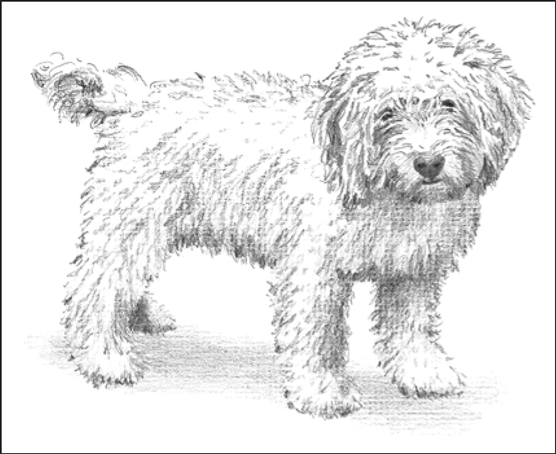 In Cockapoos, generally the Poodle is the sire (father), and the Cocker Spaniel is the dam (mother). Adult Cockapoos mature from 10 to 30 pounds depending on the size of the parents (mainly the size of the sire) and the gender of the puppy. Their coat grows very long and sheds very little, if at all. Cockapoos require grooming every two to four months depending on the desired length of hair. This hybrid is excellent for families with allergies or asthma. They come in a variety of colors: buff, red, chocolate, black, white, and a variety of parti-colors.

Cockapoos are very patient and tolerant with children, and because they like to play and are durable, children like them. They may bark to alert you of intruders, but they rarely go beyond making noise — especially once the person is allowed inside.

Some Cockapoos can be very sensitive because both parent breeds have a tendency toward having their feelings hurt very easily. This is a great hybrid for the elderly, because Cockapoos are gentle, cuddly, and easy to care for. 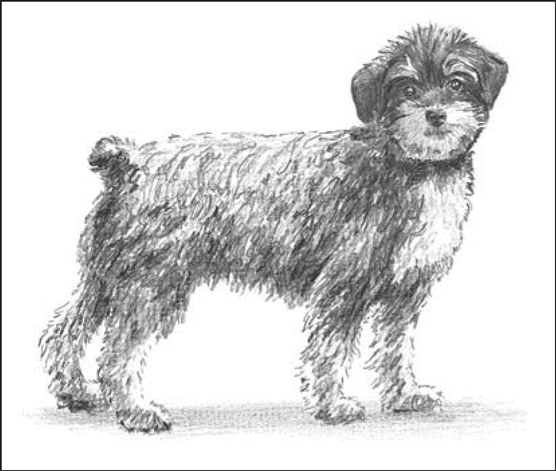 Schnoodles are very loyal to their families. This hybrid is affectionate, extremely intelligent, easily trained, clever, friendly, fun loving, and loaded with personality! However, because they are half Schnauzer, they can also be willful, stubborn, and prone to excessive barking. Most Schnoodles are good with children and get along fine with other animals. They’re great watchdogs because they let you know when someone is near, but they aren’t aggressive.

This great companion dog excels in obedience, agility, and flyball. They make excellent therapy dogs. Schnoodles are loyal and loving companions. They’re comfortable in any environment — from an apartment to a farm — as long as they’re with their families.

Schnoodles are medium-sized dogs with loads of personality. Schnoodles are high-energy dogs outdoors, but they’re happy to warm your feet indoors. Because neither of the parent breeds — Poodle and Miniature Schnauzer — shed, the Schnoodle does not shed. This hybrid is easily maintained through weekly brushing and bimonthly clipping. 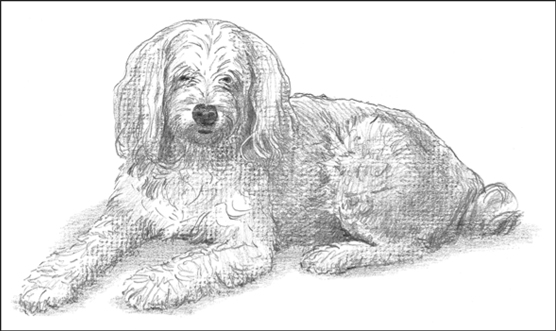 Although most Terripoos benefit from having Poodle blood, they’re still part Terrier, which means they have a stubborn streak, tend to be willful, and are prone to excessive barking and overall controlling personalities. However, you can’t ignore their adorable appearance and intelligence.

The Terripoo can learn to work as a therapy dog. 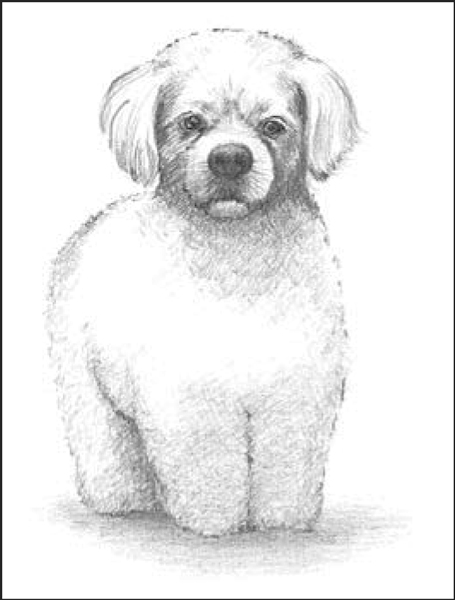 Peke-a-poos are small dogs, often Toy-size, weighing from 9 to 20 pounds. Their coats are usually white or gray, but some are brown. The texture of the coat is very soft.

Peke-a-poos are fairly low maintenance with few of the common health problems associated with the Pekingese. However, because they are half Pekingese, they can have breathing difficulties common with the shortened nose. The other problem associated with a Peke-a-poo is tearing of the eyes, which can become a serious problem if the eyes become swollen or the tear stains are dark.

Peke-a-poos tend to inherit their parent Pekingese’s long, soft fur. Unless you want to brush your dog daily, keep your Peke-a-poo’s fur short, because a Peke-a-poo’s fur mats into dreadlocks very easily.

Peke-a-poos love to cuddle and have a medium energy level, making them ideal dogs for small homes and apartment living. Peke-a-poos are lap potatoes, much like one of their parent breeds, the Pekingese. They love to play outside for a short period of time, then sleep on your lap for a long period of time. Though very affectionate, they can be quite willful and stubborn, making housetraining difficult.

Miriam Fields-Babineau has been a professional animal trainer since 1978 and is the author of 45 books in the field, including one on how to train cats! A psychologist and zoologist, she takes her work home with her and lives in Vermont with her family, dogs, cats, and horses.