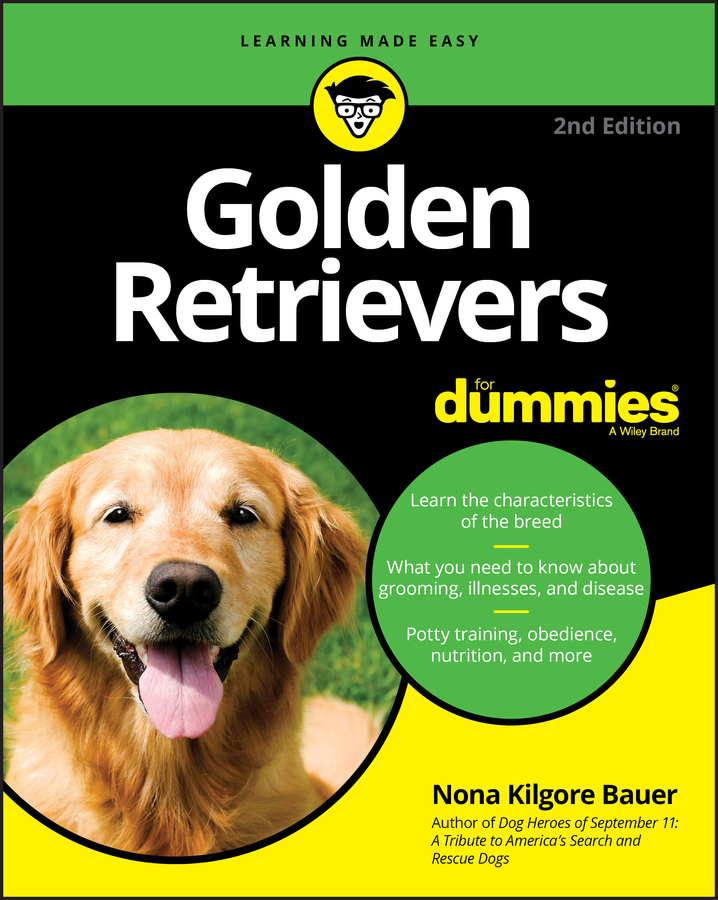 Your Golden Retriever puppy has a built-in timer that prompts him to eat on schedule. Give him three meals a day for the first three months and then feed him twice a day for the rest of his life. Most breeders and professional trainers prefer twice-daily feeding. Sure, lots of dogs eat only once a day, but smaller meals are more satisfying, promote better weight control, and may prevent bloating, which is a good reason all by itself. Plus, your dog will think it's a big deal getting that food bowl twice a day.

Some folks may tell you that free feeding, also called free choice, is more convenient, and it is. But it's a lot harder to housebreak a free choice puppy — what goes in at odd times will come out when you least expect it. Free feeding makes it harder to monitor the amount your puppy eats, which is important in fast-growing breeds like Golden Retrievers. And down the road, you may have some health problem that requires a stringent feeding protocol.

Feed your puppy at 6 to 7 a.m., again about noon, and dinner no later than 5 or 6 p.m. For easier house training, don't feed him after 6 p.m. and don't give him water after 7 p.m. Give him an ice cube to chew on if he gets thirsty. A 10 p.m. trip outside should carry him through the night.

He will need three meals a day for a few weeks. Start feeding twice a day when he's about 11 or 12 weeks old. Meal size will vary with each pup, but the average Golden puppy at 7 weeks is polishing off about 1/3 to 1/2 cup of dry food at each meal. Feed it dry with water available on the side. Feeding dry will help prevent plaque and tartar build-up on his teeth, most important after his adult teeth are in.

Some puppies almost inhale their food as if it were their last meal on earth. To slow the eating process to a healthier pace, you can place a clean, large round rock in the center of his food pan. That will force him to eat around it and slow down.

Feed your puppy in the same place every day with no distractions like kids and cats so that he can concentrate on the business of eating. Allow about 20 to 30 minutes for each meal. If he doesn't finish during that time, pick up his food and offer the same amount of food at each meal; don't add the leftover kibble from the prior meal to the next.

When should you increase his food allotment? When he's finishing every kibble at two out of three meals, bump up his portions just a tad. Try going from a level 1/3 cup to a heaping 1/3 cup at first, then increase to a scant 1/2 cup, then a level 1/2 cup, a heaping cup, and up the food ladder according to your puppy's appetite.

Some pups are voracious eaters and gobble up their food like it's their last meal, and others are more finicky and just seem to nibble at their food. Some puppies also go through eating spurts and will eat with more or less vigor at certain times. Not to worry. Your only real concern should be an overweight puppy. Keep him lean.