Assess Your Climate for Solar Power Use

Good solar designers assess climate particulars to enhance system performance. Climate includes elements such as temperature, precipitation, and wind speed, among other things. When determining whether solar power is right for you, take a look at the following in your climate:

Part of assessing climate is what you want your solar system to do for you. If you have a cabin in northern Minnesota, you probably won't be there much in the wintertime. And then you'll heat it using renewable wood. In the summer, you don't need to cool, and all you want to do is obtain some nighttime lighting and run a small, efficient refrigerator. In this case, a modest, off-grid photovoltaic system with a battery backup can do the job. 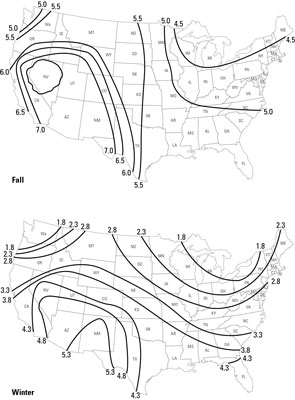 Hours of sunshine in the United States in the fall and winter. 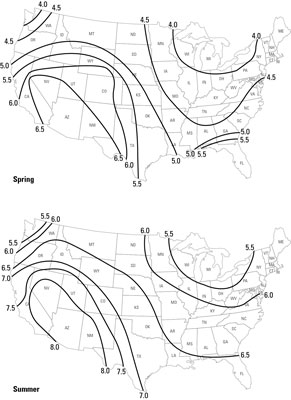 Hours of sunshine in the United States in the spring and summer.