How the Government Can Go Green 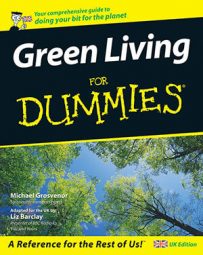 In order to meet the world’s increasing demand for energy without further damaging the world’s climate and environment, specifically preventing carbon dioxide from being released into the atmosphere, governments need to:

Most industrialized countries are now focusing on reducing or eliminating waste by educating residents and businesses about how to decrease the amount of waste they’re responsible for, how to reuse as much as possible, how to recycle what can’t be reused, and how to turn household and garden waste into compost.