How to Calibrate a Broadcast Spreader

To use a broadcast spreader properly, you need to know how wide a band the spreader covers. If the directions that came with the spreader don’t indicate the width, put some fertilizer in the spreader and run the spreader over a short stretch of lawn to find out. Don’t measure the coverage on concrete unless you plan to sweep up the fertilizer

This type of spreader comes in handheld or wheeled models. 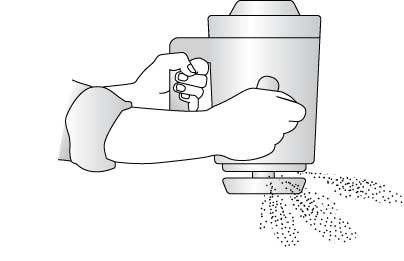 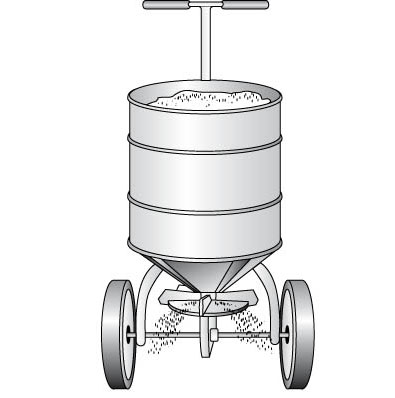 The manufacturer presets a new spreader to apply fertilizers at specific rates according to the amount of nitrogen needed per 1,000 square feet. As the spreader gets older, these settings can get out of whack and not apply the proper amount. You also may find that the spreader doesn’t have a specific setting for the type of fertilizer you’re using. In either case, calibrating a spreader can tell you exactly how much fertilizer you’re applying and whether you need to make any adjustments. Calibrating your spreader every year or two is a good idea.

Take the following steps to calibrate a broadcast spreader.

Another point to remember is to calibrate the spreader over the lawn area, not on the driveway or street. Not only are you wasting money, the fertilizer will be washed into storm drains or creeks and other water systems.

If you calibrate your spreader on the driveway, be sure to sweep up all the fertilizer when you finish. A driveway calibration shows exactly what the patterns are, and you don’t end up with a dark, ugly green or burned spot on the lawn if that’s where the spreader was calibrated.