How to Establish Extra Winners in the Dummy in Bridge

This image shows you a suit that’s just prime for developing extra winners: The suit is unevenly divided, with the greater length in the dummy. Plus, the dummy holds three honors, a running head start. 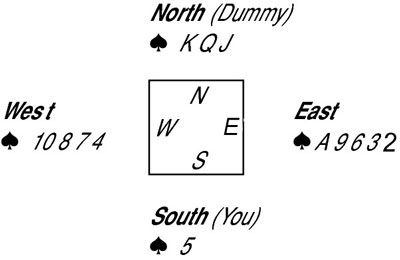 The ♠K and ♠Q are extra winners because they’re the boss spades (the highest cards left in the suit), and you have no spades left. Later, when you play the ♠K and ♠Q, you can discard two losers from your hand.

Driving out your opponents’ honor cards to establish extra winners

On occasion, you have to do a little work to make those extra winners appear. You may have to drive out two honors in the same suit before you can create any extra winners in that suit. But the bottom line is that the suit you’re working with must be unevenly divided, with the greater length in the dummy. You’re spinning your wheels if you try to create extra winners in an evenly divided suit.

The cards in this image offer the opportunity to create an extra winner, but you need to drive out the ♠A and the ♠K before you can claim the extra winner: 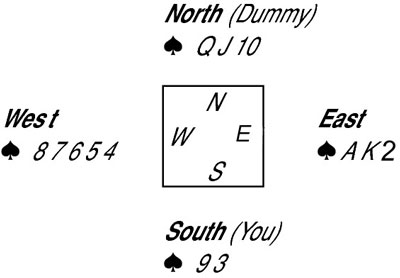 Making sure you can reach your extra winners

When your suit fills the bill for creating extra winners but your equal honors are divided between the two hands, play the high honor card from the short side first. Doing so makes it easier to reach the extra winner(s) you create.

Playing the high honor cards from the short side is a bit like unblocking a logjam; if you leave the honor in the hand with shortness, you leave the log in place and potentially create a fatal blockage.

In this image, for example, you have three equal honor cards, the ♠KQJ, but the honors are divided between the two hands: 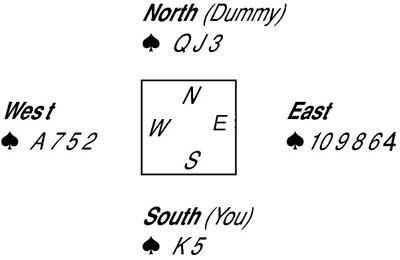