Explore Book Buy On Amazon
Latvian Mikhail Tal's (1936–1992) health troubles kept him from performing at peak efficiency after 1960. Mikhail Botvinnik once said, "If Tal would learn to program himself properly, he would be impossible to play."

Tal won the world championship title from Botvinnik in 1960 but lost the return match. Before this return match, Tal became unwell with kidney trouble but refused to postpone play. He eventually lost one of his kidneys and was never really well afterward.

Nevertheless, from 1949 to 1990, Tal played in 55 strong tournaments, winning or sharing 19 first and seven second prizes. He won six Soviet championships, which were some of the strongest tournaments of that time. He also compiled a record of 59 wins, 31 draws, and only two losses in seven Olympiads.

Famous for his intimidating stare, Tal joins José Raúl Capablanca and Bobby Fischer as the most feared opponents in history. When playing Tal, players were always afraid of winding up on the losing side of a soon-to-be-famous game.

In the position shown here, Tal is white against Hungarian Lajos Portisch in 1965. Portisch, at the time, was one of the world's elite grandmasters and a frequent candidate for the world championship. 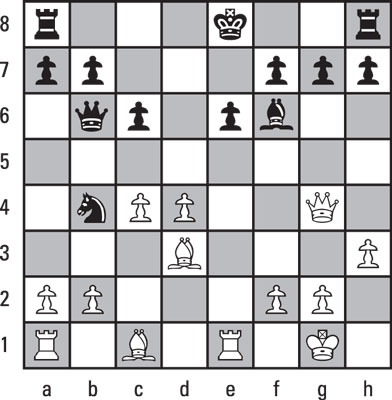 White's (Tal's) bishop on d3 is attacked by black's (Portisch's) knight on b4.

Sitting in Tal's chair, most masters would have rescued the attacked light-squared bishop by counterattacking at move 16 with c5 and then playing move 17 with Bc4. But the Wizard of Riga has some magic in mind!

Of course, every other possible move would have been catastrophic.

Although black has, in terms of the material point-count, more than enough pieces for the queen, Tal proves that Portisch is lost!

Although this move looks anti-intuitive, it is one of black's best in a bad position. He connects his rooks and heads for the queenside with his king.

Black is understandably eager to eliminate white's potential queen, but this permits Tal to deliver the coup de grace!

White has one final sacrifice to make in order destroy Black's position (see the figure below). 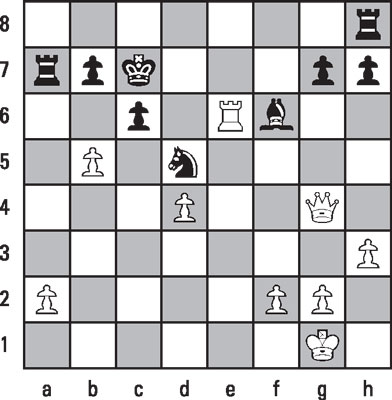 One last sacrifice is called for.

Besides Tal, here are some other honorable mentions: