What to Look for in Produce for Juices and Smoothies 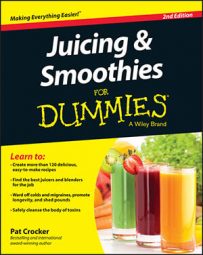 If you're focused on your health, it stands to reason that you want to start with the finest produce so that you get the highest-quality vitamins, minerals, and phytonutrients. Don't compromise. Get the freshest fruits and vegetables you can find. Here's how: