The Wine Regions of Chile 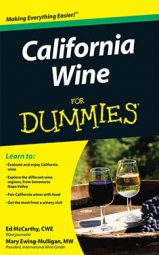 The Spanish first established vineyards in Chile in the mid-sixteenth century, and Chile has maintained a thriving wine industry for its home market for several centuries. Chile's wine industry has grown considerably since the mid-1980s, with rapid development as a strong export market, and a shift toward French grape varieties such as Cabernet Sauvignon, Merlot, and Chardonnay.

With the Pacific Ocean to the west and the Andes Mountains to the east, Chile is an isolated country. Chile also has a range of mountains along the coast, which blocks the ocean dampness from most vineyards, and the ocean’s general tempering influence on a relatively hot climate.

From north to south, here’s a summary of Chile’s wine regions today, both old and new:

The styles of Chile's wines

Chile’s wines generally lack the exuberant fruitiness of Californian and Australian wines. And yet they’re not quite as subtle and understated as European wines. Although red wines have always been Chile’s strength, today the white wines, especially those from cooler regions, are very good. Chile’s Sauvignon Blancs are generally unoaked, while most of the Chardonnays are oaked.

Chile’s wines are generally named for their grape varieties; they carry a regional (or sometimes a district) indication, too. The reasonable prices of the basic wines — mainly from $6 to $10 in the United States — make these wines excellent values.