By: Nicholas Wallwork and
Updated: 07-31-2019
From The Book: Investing in International Real Estate For Dummies 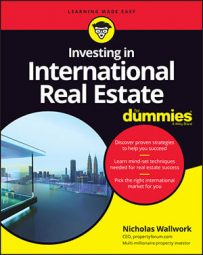 Explore Book Buy On Amazon
There are several different methods used to value property, but here are the three most common methods: Each valuation method is independent of the others, meaning an appraiser will mainly use only one approach rather than a combination of all three approaches to determine the value of any one property. The method used may be dictated by the lender in question. And, each approach can arrive at quite different valuations, so it’s important to know which valuation method your chosen lender is using. Different valuation methods are used for different situations. 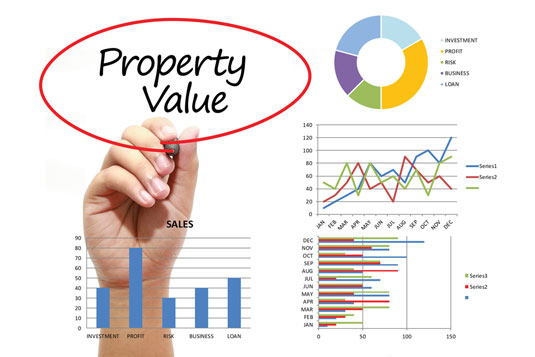 Sometimes more than one valuation figure is quoted in reports, particularly for commercial mortgages where the market comparison (or bricks-and-mortar) valuation is used as a fallback if the investment valuation use of the building changes (for example, a paying tenant leaves and the income reduces to zero until a new one is found).

If a total novice wanted to roughly work out the value of his home before putting it on the market, what would he do? He’d go online and look at how much similar properties nearby (ideally on the same street) sold for. “Well, honey, the Jeffersons at number 59 sold their home six months ago for $280,000, and they only had a single garage, not a double like ours. So, our house is bound to be worth a bit more.” That, in a pretty crude nutshell, is how the market comparison valuation method works.

Also known as market value approach or bricks-and-mortar valuation, market comparison is a valuation method that’s based on local comparables — in other words, how much similar, nearby properties have sold for recently. It’s the most common valuation method and the one typically used by mortgage lenders to assess residential properties.

Your average market comparison valuation will define a property’s value by looking at prices of properties on the same street or prices of other properties of a similar size and condition from the local area. The value will be adjusted according to variances like the size, specification, and condition of the property being valued. Other variables may also be factored in, such as supply and demand in the local real estate market at that time or the availability of financing.

In addition, appraisers who are appointed by a lender may also be constricted by the lender’s valuation criteria, which may lean toward the lower end of comparables in order to reduce their risks as much as possible. Therefore, the inherently cautious nature of lenders and appraisers means you won’t necessarily get the valuation you hoped for. Just because the house down the street sold for $280,000 doesn’t mean you’ll get the same valuation.

Of course, no two properties are exactly alike. Properties A and B may be the same size and on the same street, but Property A may have a beautiful view of rolling hills, while Property B may have a rather uninspiring view of other houses. But maybe Property B has been stylishly renovated, while Property A is straight out of the 1970s, complete with peach satin drapes and brown shag carpets. That’s why appraisers try to find a few comparable properties to help them determine a fair market value, not just one or two.

The limitations of market comparisons

If there’s one sticking point with the market comparison approach it’s this: To get an accurate valuation, you do a good number of comparable properties. That’s fine for a standard residential property, like a single-family home or an apartment, where there are lots of similar properties to look at. But when you start to get into bigger, unique properties, finding enough accurate comparable market data is challenging.

In that example, the first two valuers, who were using the market comparison approach, had to look at larger properties elsewhere in the town. But that wasn’t a fair comparison because the location of my investment property was far more desirable. Essentially, the property was unique in that market, meaning the market comparison approach just wasn’t a reliable indicator of value, so these valuers took a cautious approach. For that investment, the income approach was much more appropriate.

Instead of looking at the bricks-and-mortar value of a property, this valuation method treats the property as an income-producing business.

Focus on income not comparables

At its heart, the income approach is based on the understanding that the higher the income potential of a property, the more an investor is willing to pay for it. A property’s income or investment valuation can be higher or lower than its market comparison value — in my experience, it’s often (but not always) higher.

How the income approach works

The best way to describe how this valuation method works in practice is with an example. The example is based on a UK investment: a small block of four apartments.

Let’s say each of the apartments is rented out for £750 per month. That’s a gross annual rental income of £36,000. Now, based on her appraisal of the property, the UK valuer will apply two concepts to arrive at an income-based valuation of that property:

To calculate the income valuation, the valuer will take the discounted net rental income (£28,800) and divide it by the yield (7 percent). The income-based value of that block of apartments is therefore £411,429. Valuers will usually round the figure down as well.

Don’t be shy about calling a couple of local surveyors and asking what sort of yield they’re currently applying to your type of investment property in your area. It’s part of my process when I’m evaluating the potential of an investment deal because the end value is so important.

Although this example gives a useful overview of the concept of valuing based on income. The nuances of the income-based approach will depend on which country the investment property is located in. For example, in the United States, a revenue multiplier or capitalization rate (rather than yield) is applied to net income. Always research the income valuation method that’s used in your particular market.

The third approach to be aware of looks at neither income generated by a property nor local comparable properties.

The cost approach is used to establish the cost of replacing the building being valued. It’s widely used for insurance replacement purposes (so, if the building burned down, how much would it cost to replace the building on that spot?), but it can also be a useful method for brand-new buildings, proposed constructions, and unique properties that don’t have local comparables and don’t generate an income.

When using the cost approach, an appraiser will look at the estimated value of the land, as well as the cost to replace the building as new (minus depreciation, such as wear and tear).

Nicholas Wallwork is a successful entrepreneur, multimillionaire real estate investor, developer, and property and business mentor. He is known across all media channels as a highly respected authority in the real estate investment world and has an extensive and proven track record for delivering successful, high-return investments for his clients and students. Wallwork is dedicated to helping educate investors. Visit www.propertyforum.com/ real-estate-courses for upcoming companion courses to this book.