All successful traders do essentially the same thing. They have a method that puts the odds, or probabilities, on their side. You can accomplish this in many ways, which is why many trading methods are available. They can all be reduced to a simple five-step process referred to as the five-energy methodology.

With this method, you simply look at five variables (or energies) and wait for them to align, giving a buy or sell signal at the same time. Those five energies are

When these five energies all give a buy or sell signal, that’s an indication that the odds are on your side, and you have a high-probability trade.

Having any five chart indicators give a buy or sell signal at the same time isn’t enough to create a high-probability trade. If you put five trend indicators on your chart and all five give a buy signal, that isn’t significant. Because all five of the indicators are related by measuring the same energy or trend, they’re redundant.

However, if five witnesses were all to say that they were eye-witnesses that the defendant did the crime, and none of the witnesses knew the defendant or each other, then their testimony would be more credible.

In a similar way, using five indicators that are all related to each other isn’t a credible way to build a case for a profitable trade. For example, when price (energy 1) is trending up, sometimes momentum (energy 2) is also going up. 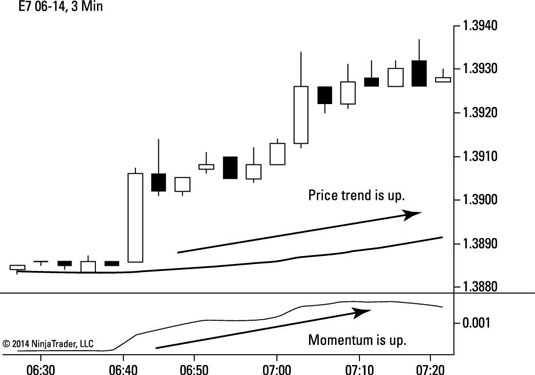 Other times, when price trend is going up, momentum is flat. 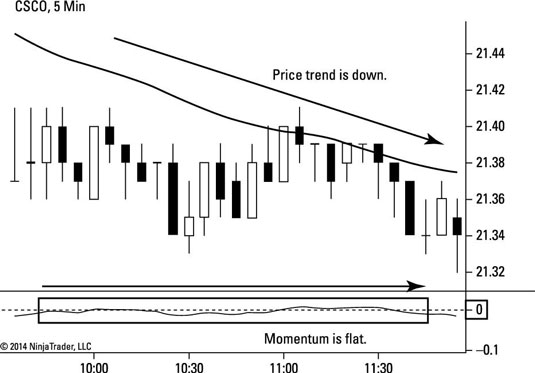 Still, other times, when price trend is going up, momentum is actually going down. 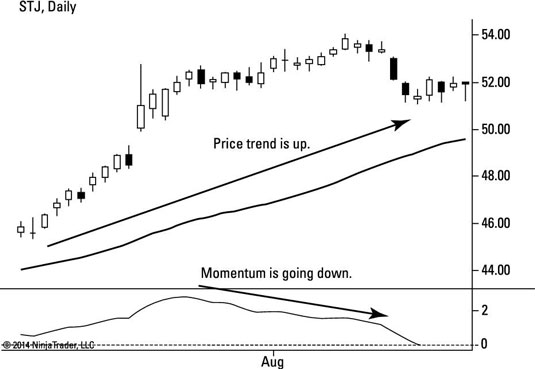 The 50-period simple moving average (SMA) is used to determine trend direction in the figures here (the line drawn below the price bars).

These two energies can go in the same or different directions because they’re unrelated to each other.

Each one of these five energies is uncorrelated to the other four, and that’s exactly what makes it significant when all five energies give a buy or sell signal concurrently.