How to Buy Stocks on the Rumor, Sell on the News 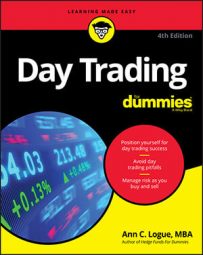 Explore Book Buy On Amazon
"Buy on the rumor, sell on the news" is a primary cause of technical price developments, and in many instances, the only “technical analysis” that commentators mention. When you “buy on the rumor” and then “sell on the news,” you stand to make a nice profit on your stocks. Here's why:

If the news is much better than forecasted, though, traders don’t take profit because better-than-expected news draws in new players and sends the price higher still. Then the early birds are positioned to make even better profits. If the news fails to match expectations, traders and investors alike sell, and the dip may turn into a longer-lasting price drop.

Either way, to buy on the rumor pays off for the short-term trader who keeps their finger on the trigger. Evaluating forecasts and being mentally ready to buy or sell at the moment of impact of the news is a difficult and risky business. It’s no wonder risk-averse traders get out of the market altogether around scheduled event dates.