By: Greg Schnell and Lita Epstein and
Updated: 03-15-2018
From The Book: Stock Charts For Dummies

Explore Book Buy On Amazon
Managing your trades is a constant job for a good trader. You can use technical clues to help you make optimal trading decisions. After a stock has drifted sideways to down, a few key technical events happen: The chart below shows Amazon (AMZN), which is one of the world’s juggernaut companies. By dominating one particular space so well, Amazon has been crushing everyone in its path. But Amazon investors have ridden some massive swings. 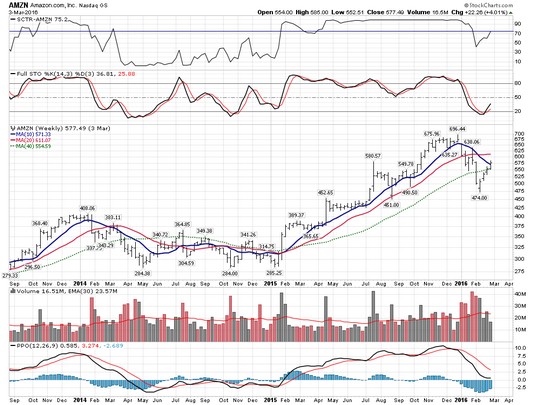 For example, in 2014 the Federal Reserve had lots of stimulus going on to help the economy heal from the financial crisis. The market was roaring higher until the oil business struggled in late 2014. But Amazon was a dog all year, after years of running higher. The chart above shows a few big things: